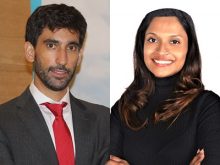 After the announcement of Spain opening to all vaccinated international travellers on 7th June 2021, there was much excitement all across the UAE and other parts of GCC. One of the main reasons was the acceptance of not only European Union accepted vaccinations but also those accepted by the WHO. Tourism office of Spain in Gulf Countries hosted their first travel trade event in Dubai at the newly opened  luxury hotel St.Regis the Palm with all leading travel professionals attending the event.

Namratha Rose- Manager Marketing and Trade Relations Spain Tourism GCC said, “It was amazing to see so many agents turn up for the event and I am extremely happy to see that the travel trade partners are so keen to promote Spain this summer. We had an attendance of 60+ partners from renowned travel companies , airlines, representatives of Spanish hotel brands and 7 destination partners from Spain present virtually. The main aim of this event was to celebrate Spain opening up and to inform the travel trade partners with all the recent updates, developments and offerings of Spain,launch our new campaign and also to thank them for their continued support in promoting Spain as a preferred destination from the UAE.”

She welcomed and  introduced all the partners present at the event and handed over  the stage to the Director of Spain Tourism to present and  launch the new campaign .

Daniel Rosado, Director of Spain Tourism for the Gulf countries, in his opening remarks stated that after many months of meeting agents online, it was refreshing to see them face to face. He reiterated in detail the entry requirements for travellers from the GCC, the new health certificate which needs to be filled in and uploaded and mentioned that all necessary details are available online and they could be contacted at any time in order to be informed of the latest developments and this was well appreciated by the attendees.

“We start to see the light at the end of the tunnel and we think that you deserve a holiday, a place where you can relax and that you deserve a holiday in Spain especially because Spain is the best destination for summer for travellers especially from GCC.  We are open as a safe destination as the vaccination drive in Spain is good with nearly half the population vaccinated. The requirements now are just the vaccination and the QR code that you need to produce and completing the application on the website but you must check other requirements by the airlines as well. During the pandemic all flights that were flying to Spain more or less maintained the routes not the same frequency but still we had the same connectivity. Now it has been announced about seasonal flights to Malaga one of them is Qatar Airways starting on 2nd of July to Malaga also Etihad Airways, it will be the first time that they are operating the flight to Malaga starting 9th July and also Gulf Air will have the seasonal flight to Malaga and in this region also Saudia had a seasonal flight and we are expecting their final decision about the route.”

In terms of visa for other nationalities Anne Kurien Regional Head Middle East BLS International presented the procedure in obtaining the visa and the number of days it would take to do so in a very comprehensive presentation.

Next in the agenda were the most informative destination updates by Spanish partners from Madrid, Barcelona, Costa del Sol; Malaga, Andalucia, Catalonia, Valencia and Tenerife in Canary islands.There were  several give aways followed by amazing raffle draws and the event concluded with a networking lunch. 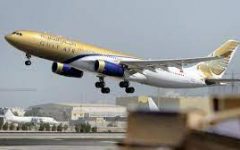 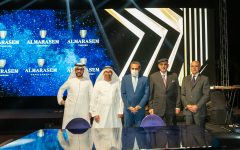 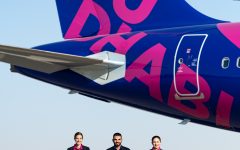