We aim to break even in budget: Capt. Al Dukhan Kuwait Airways Chairman 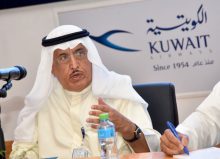 Kuwait Airways organized a press conference on the Company’s latest developments in the aftermath of the Coronavirus pandemic and the recent achievements of the Company’s Board of Directors and the future work plans, where the conference was presided by the Kuwait Airways Chairman, Captain Ali Al-Dukhan, in the presence of the Chief Executive Officer, Engineer Maen Razouqi and various officials at the Company. Speaking during the conference, the Chairman of Kuwait Airways, Captain Ali Al-Dukhan stated, “ We are all aware of the difficulties that the entire world experienced as a result of the Coronavirus pandemic, especially the tourism and aviation sector, which was immensely affected by this pandemic, leading to severe stagnation in travel movement and effecting air traffic around the world in general. Kuwait Airways undoubtedly has been one of the airlines that faced these difficulties, as the current Board of Directors of the Company took over the leadership of Kuwait Airways during the pandemic, and in its first year, it encountered difficulties, most notably the challenges of operating during the pandemic and working towards developing and improving the performance of Kuwait Airways to higher levels and under these circumstances.”

Al-Dukhan added, “Kuwait Airways is one of the few companies in the world that did not receive any financial assistance of any kind from the owners during the pandemic period, as well as faced many difficulties including stopping operations of commercial flights for several months due to the pandemic. Then the step by step resumption of operation and gradual increase of activity at Kuwait International Airport and determining its share of operating at the equivalent of only 30% of the total share determined for Kuwait International Airport, resulted in a reduction in the number of flights and an unusual increase in ticket prices to cover the costs of the trip, leading to complaints from passengers about the increase, until November 2021 when the operational capacity returned to what it was before the pandemic and better with the efforts and cooperation of officials from the Directorate General of Civil Aviation, and we are thankful for that.”

Al-Dukhan stated, “In addition to the above-mentioned operational challenges, the Board of Directors had to fill the vacancies as many national cadres were granted retirement benefits by the Company’s Privatization Law No. 6/2008 and its amendments, that effected the operational and support sectors, which necessitated our preparation of a new organizational structure for the Company, corresponding with its new scope and actual activity, which required a great effort from the current Board of Directors in setting new foundations and rules for administrative, operational and technical work based on the latest requirements for successful functioning in the aviation sector.”

Al-Dukhan continued, “The tireless efforts of the Board of Directors and its continuous quest to study and confront the challenges facing Kuwait Airways have culminated in a careful analysis, to find appropriate and effective solutions and produce positive results through the efficiency and loyalty of all its employees who worked hard and diligently to move forward towards maintaining the position of the Blue Bird. The results of September culminated in profits amounting to Five Million Kuwaiti Dinars, while the expected loss was estimated at Three Million Kuwaiti Dinars. The results of September 2019 were a loss of Ten Million Kuwaiti Dinars. We expect the results of October to be positive, and this means that the Company is on the right path in achieving the desired goals set by the Board of Directors, and if this is achieved and that is what we are hoping and working for at this time, we are on the right path of the budget. To achieve this, we have worked and will work to acquire the largest share of the passengers at Kuwait International Airport by developing excellent services and focusing more on the comfort of passengers in all respects, whether in Terminal 4 and the services provided to them from their entry at the Terminal and completing their travel procedures smoothly until boarding the aircraft and enjoying a comfortable travel, or through our Outstations that function continuously to assist passengers abroad and strive to overcome the difficulties ahead of them.

Al-Dukhan added, “We understand what passengers require during their travel and the hurdles they might undergo sometimes which can disturb their journey, that might be simple, but they are important and serious matters to us. Our officials are experienced to evaluate all aspects of travel, the obstacles faced by the passengers, and work to find the best solutions so as to reach the highest levels of excellence in customer service in terms of quality and what is provided to them. Among the other services that make their travel with Kuwait Airways enjoyable and comfortable and from this point of view, the Board of Directors at Kuwait Airways established a committee called “Customer Service” Committee headed by the Chairman of the Board and with members consisting of the Chief Executive Officer and all the Directors of the concerned departments, where its mission will be clear and specific, which is to work on everything that leads to the convenience of customers and the development of services provided to them to the fullest and to meet their requirements and reach their aspirations to the utmost, by transforming any negatives in the service into positives that contribute effectively to their choice to travel on Kuwait Airways aircraft. We have also developed special contacts for customers to communicate through social media for speedy communication and response, based on our goal in achieving excellence in providing advanced services to our valued customers, starting from reservation until their arrival at the desired destination and to achieve an enjoyable travel experience.”

Al-Dukhan pointed out that upgrading Kuwait Airways fleet is one of the most important priorities of the Company’s Board of Directors, as they are currently working continuously with Airbus to amend some aircraft orders which had been agreed on since 2014. This amendment will enable the Company to develop its operational and marketing plans that is corresponding with its future requirements, leading to Kuwait Airways’ new fleet that is more flexible and effective, diversified and consistent in its performance and specifications befitting the National Carrier of the State of Kuwait and accelerating access to profitability and activating the future operating strategy, and hopeful that Airbus would understand and meet this demand, which Kuwait Airways is accustomed to from them, through the long history of KAC’s dealing with them, dating back to the early eighties until now. 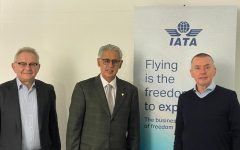 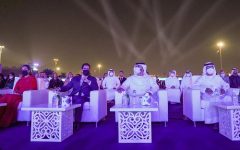 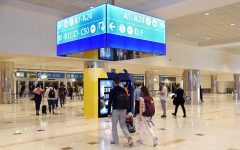