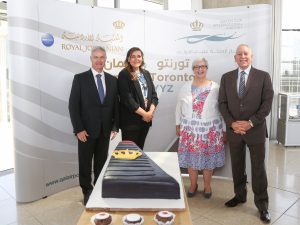 A ceremony for the inaugural flight was held recently at Queen Alia International Airport. Present were Her Excellency The Canadian Ambassador Donica Pottie, RJ Vice Chairman/CEO Samer Majali and Airport International Group CEO Nicolas Claude. RJ Vice Chairman/CEO Samer Majali expressed his pleasure at the addition of Toronto to RJ’s route network, a move that comes in implementation of the airline’s five-year strategy, which includes, among others, growing the fleet and the route network in order to position Amman as the leading gateway for the Levant. Majali said that the new route is bound to attract more tourists to Jordan, facilitate travel for individuals, families, expatriates, Arab communities, students and businessmen, and boost trade between the Jordanian and the Canadian markets. “Furthermore, we are now focusing on bringing in more tourists to Jordan and help boost tourism through providing outstanding quality of service accompanied by our Jordanian hospitality when flying RJ from/to Toronto,” Majali commented. Airport International Group CEO, Nicolas Claude, said: “We are pleased to be inaugurating this new route connecting Amman and Toronto, which aligns with our strategy to expand Queen Alia International Airport routes network, while providing passengers greater travel options and serving new markets. I would like to thank our national carrier, Royal Jordanian, for supporting our commitment to opening new routes, and strengthening our standing as an award-winning gateway to the Levant and the world.” 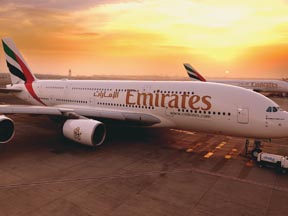 Emirates A380 will begin serving travellers on flights to Toronto starting August 16, 2020. The airline has so far resumed A380 operations to Amsterdam, Cairo, Paris, London Heathrow and Guangzhou (August 8) – taking its A380 network to six cities. The Emirates A380 experience remains a favourite amongst travellers for its spacious and comfortable cabins and the airline will continue to gradually expand its deployment in line with market demand and operational approvals.Customers can fly the Emirates A380 from Dubai to Toronto five times a week. Emirates flight EK 241 will depart Dubai at 9:10 and arrive in Toronto at 15:05 local time. The return flight, EK 242 will depart Toronto at 21:45 and arrive in Dubai at 18:30 local time, the following day. With safety as a priority, Emirates is gradually expanding its passenger services to 70 cities in August, returning to over 50% of its pre-pandemic destination network. Passengers travelling between the Americas, Europe, Africa, Middle East, and Asia Pacific can enjoy safe and convenient connections via Dubai. Customers from Emirates’ network can stop over or travel to Dubai as the city has re-opened for international business and leisure visitors. COVID-19 PCR tests are mandatory for all inbound and transit passengers arriving to Dubai (and the UAE), including UAE citizens, residents and tourists, irrespective of the country they are coming from. Customers can now travel with confidence, as Emirates has committed to cover COVID-19 related medical expenses, free of cost, should they be diagnosed with COVID-19 during their travel while they are away from home. This cover is immediately effective for customers flying on Emirates until 31 October 2020 (first flight to be completed on or before 31 … 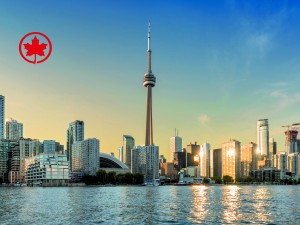 Air Canada is expanding its offering to Dubai with the addition of a fourth, weekly non-stop flight from Toronto, to its regular three-times weekly, year-round service. The seasonal flight will operate between November 2, 2018 and January 2019 using a Boeing 777-300, which offers a best-in-class cabin interior, featuring lie-flat Signature Class seats and a dedicated Premium Economy cabin. From Toronto, Air Canada’s global hub, customers can connect to the US destinations with the ability to pre-clear US customs at Pearson Airport. When departing from Toronto, eligible Signature Class customers can enjoy the Air Canada Signature Suite, which features a la carte dining with a menu created by celebrated Canadian Chef David Hawksworth.

Etihad will increase its flights to Canada from October 2018 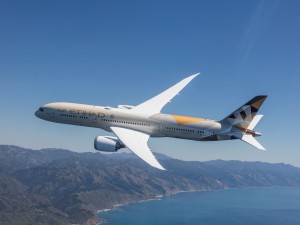 Etihad Airways will increase its flights from Abu Dhabi to Canada’s largest city, Toronto, from three to five weekly services from October 28. The flights will be operated by Boeing 777-300ER aircraft, featuring 40 seats in Business Class and 340 in Economy Class. Robin Kamark, Chief Commercial Officer, Etihad Aviation Group, said: “We are thrilled to announce more flights to cosmopolitan Toronto, one of the most successful and popular destinations on our global route network. This news has been eagerly anticipated. We have welcomed well over a million guests on our flights to Toronto since we launched the service almost 13 years ago. This development is great news for UAE nationals, for who Canada is an exciting trade, touristic, and cultural partner, and for Canadians, including the thousands residing here in the emirates. The UAE is also Canada’s largest export market in the MENA region, so the extra services are a boost for trade to and from the area and beyond.” Etihad Airways inaugurated services to Toronto on October 2005, and since then the route has proved very successful for the airline, recording consistently strong demand to and from both cities. Approximately 45,000 Canadian citizens reside in the UAE, with over 150 Canadian companies registered across the country. Citizens of both countries now enjoy visa-free entry for business and tourism on stays of up to six months. Etihad Airways has a codeshare partnership in place with Air Canada, with the Canadian flag carrier placing its ‘AC’ code on Etihad services from Toronto to Abu Dhabi and from London Heathrow to Abu Dhabi.

Fly to Toronto five times a week with Emirates 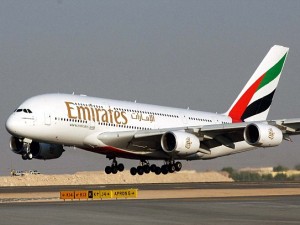 Emirates has announced that it will introduce two additional flights to its Toronto (YYZ) service, complementing its existing schedule and providing more choice and convenience to travellers.The additional Toronto flights will be introduced from August 18, 2018 and will operate on a Saturday departing Dubai as EK241 at 03:30 and arrive in Toronto at 09:30. The return flight, EK242, leaves Toronto at 14:25 and arrives in Dubai at 11:40 the next day. On Sundays, EK241 will depart at 03:30 and arrive in Toronto at 09:30. The return flight, EK242, will leave Toronto at 14:30 and arrives in Dubai at 11:25 the next day. Both flights will be operated by the iconic Emirates A380 with private suites in First Class, lie flat seats in Business Class and spacious seats in Economy Class. Emirates recently celebrated 10 years of operations in Canada last October, demonstrating the airline’s ongoing commitment to the market. Over the past decade, Emirates introduced new aircraft on the route from a Boeing 777 in October 2007 to the flagship A380 in 2009. The A380 scheduled service increased passenger capacity on the Toronto service by 40% and since then, passenger occupancy on the route has been consistently full, averaging 90% with demand outstripping supply. The additional frequency will fulfil the strong demand on the route and add 65% capacity to the market. As of June 5, UAE nationals no longer need a visa to travel to Canada for short stays. Emirates also has established codeshare partnerships in Canada with WestJet and Alaska Airlines, connecting travellers from across its global network to more Canadian cities and vice-versa. 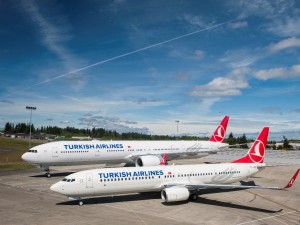 Turkish Airlines has added a daily flight to Atlanta, joining Buenos Aires, Sao Paulo, Panama, Bogota, Toronto, Chicago, Houston, Los Angeles, New York, Washington, Boston, Montreal, San Francisco and Miami as the carrier’s 15th destination in the Americas. Passengers between Istanbul and Georgia’s capital will be able to enjoy special round-trip fares. Additionally, up until the end of October 2016, Miles&Smiles members will enjoy a 25% mileage discount when redeeming miles on the route or a 25% bonus on paid tickets as well as the opportunities for upgrades.With Atlanta being the ninth U.S. gateway for Turkish Airlines, momentum continues for the carrier as it expands its presence in the U.S. offering 70 flights per week and providing one-stop connections to 289 destinations and 115 countries through its Istanbul hub. Ahmet Olmustur, Chief Marketing Officer (CMO) of Turkish Airlines said: “Turkish Airlines has become one of the world’s premier airlines, constantly adding to its network and making significant strategic investments that continually enhance its range and product offer. This significant launch reinforces Turkish Airlines as a global leader in aviation with an internationally known brand helping passengers widen their world. The addition of the Atlanta gateway means that we will now be connecting business and leisure travelers through our Istanbul hub more efficiently and to more destinations than any other airline via one-stop connection through the world’s most traveled airport, Atlanta’s Hartsfield Jackson International Airport.” “We are pleased to welcome Turkish Airlines as the newest carrier to Atlanta, solidifying the Hartsfield–Jackson Atlanta International Airport not only as the world’s busiest airport, but also the gateway to the World,” said Atlanta Mayor Kasim Reed. He added, “The new route will open a …

Turkish Airlines, with the world’s most extensive route network, has added two more nations to its global reach by beginning its services to Bogota, Columbia’s capital, and Panama City, capital of Panama.The integration of these two cities, Panama City and Bogota, the flag carrier now operates to 14 destinations in 6 countries across the Americas. These new points join Buenos Aires, Sao Paulo, Toronto, Chicago, Houston, Los Angeles, New York, Washington, Boston, Montreal, San Francisco and Miami as Turkish Airlines rapidly grows its presence in the Western Hemisphere. The inaugural flight to Bogota and Panama City was highlighted by M. İlker Aycı, Turkish Airlines’ Chairman of the Board and the Executive Committee, with participation of protocol and media representatives and also Turkish Airlines’ employees at the El Dorado Airport in Bogotá. Andres Ortega, El Dorado Airport’s CEO and Gustauo Him, Republic of Panama’s Ministry of Tourism also welcomed the first flight to these cities. Both cities are home bases to Star Alliance partners, Avianca in Colombia and Copa in Panama, and the link to Istanbul and Turkish Airlines’ network will be of great benefit to travelers, adding even more connectivity. Beginning 10th May (today), Istanbul – Bogota (BOG) – Panama (PTY) flights will be operated 3 times per week on Wednesdays, Fridays and Sundays in both directions. Round trip fares are available for the route of IST – BOG – PTY starting at 699 American Dollars (including taxes and fees). Additionally, for the first 6 months of operations to new destinations, there is a special offer for Miles&Smiles members, with a 25% reduction in the miles needed to redeem either award tickets or upgrades.* (Conditions apply)