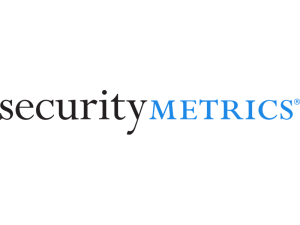 Travelport has partnered with SecurityMetrics to help agents achieve proof of Payment Card Industry Data Security Standard (PCI DSS) compliance at preferential rates. The online wizard tool for PCI compliance from the SecurityMetrics PCI Customer Portal is a quick and easy option for Travelport-connected agents to get started and complete a Self-Assessment Questionnaire (SAQ) on their payment processing environment. Merchants and agents can then show proof of compliance through the completion of an Attestation of Compliance. Alexandra Fitzpatrick, VP Travelport Global Payment Solutions, commented, “The ability to demonstrate proof of PCI DSS compliance is key for agencies to be seen as trusted partners to their customers. The PCI DSS certification program in partnership with SecurityMetrics is a simple way for our customers’ businesses to operate within a compliant environment and adhere to regulations”. “We are honored to help protect agents and customers and streamline their PCI compliance process. We believe our security tools, cloud-based PCI compliance module, and award-winning 24/7 support, combine to make the best PCI solution in the world”, said John Bartholomew, SecurityMetrics VP of Technology.

Travelport signs agreement with Qantas to provide flexibility to agents

Travelport has announced the signing of a multiyear agreement with Qantas Airways that includes distribution of the Australian national carrier’s content and integration into Qantas’ recently announced NDC platform, the Qantas Distribution Platform (QDP). Travelport’s Rich Content and Branding merchandising solution has been deployed, giving over 65,000 of Travelport-connected travel agencies globally access to images of cabins and meals. These agents will also be able to book ancillaries such as extra legroom seating. Stephen Shurrock, Chief Commercial Officer, Travelport commented, “This agreement is testament to Qantas’ commendable forward-looking vision. Whether it’s the deployment of Rich Content and Branding or our new NDC capabilities, Travelport is uniquely equipped to support Qantas in optimizing content distribution globally.” Travelport is the first operator of a global distribution system to be granted the highest certification by IATA for its New Distribution Capability (NDC) airline distribution technology. With this, Travelport is well-positioned to support the QDP, improving the flexibility of content distribution, as the airline becomes one of the first to deploy NDC content later this year. It is the only such company to be cited by Qantas as an early adopter.

Travelport has secured a new long-term technology partnership with Rehlat.com, which includes use of the company’s cutting-edge data analytics tool, Travelport Competitor Insights. The agreement will make Rehlat.com the first travel agency in the Middle East to benefit from the product. Rehlat.com will use Travelport Competitor Insights to benchmark booking performance against the market and its peers. The company will also use the tool to understand current and upcoming travel trends, identify behavioral changes, and explore how these vary across geographies. In addition, under the new agreement, Rehlat.com will continue to utilise Travelport’s open platform and Universal API technology to ensure it has access to the broadest and most current inventory of high-quality travel content and maintains its ability to deliver ‘on demand’ dynamic pricing and micro-segmentation of offers based on individual needs. With over 250 airlines signed up to use Travelport’s unique merchandising technology, the new agreement will also see Rehlat.com benefit from being able to display, gain powerful information around, and sell branded fare families and ancillary products (such as paid seat assignments, baggage fees, priority boarding, etc.) from these airlines.

Travelport has announced a new multi-year technology and content agreement with Norwegian travel agency chain, G Travel. With 27 agencies in Norway, six agencies in Sweden and an additional 17 global agencies, G Travel is one of the most expansive travel companies in the Nordics. Aided by a tailor-made solution by Travelport, G Travel consultants will gain access to intelligent, fast and accurate search of high-quality content from over 400 airlines, 650,000 hotel properties, and 35,000 car rental locations. With over 250 airlines signed up to use Travelport’s unique merchandising technology, the company will also benefit from being able to display, gain insights from and sell branded fare families and ancillary products (such as paid seat assignments, baggage fees, priority boarding, etc.) from these airlines. In addition, as part of the agreement, G Travel will use Travelport Business Insights, a cutting-edge data analytics tool that provides near real-time access to actionable insights from a vast range of data sources to help it optimize supplier contracts, enhance customer service and improve operational efficiencies. As the only global distribution system (GDS) provider to be certified by IATA as a “Level 3” Aggregator under its New Distribution Capability (NDC) initiative, Travelport will soon benefit the company further by creating NDC connections with airlines as they become available.

Travelport has announced a trio of new agreements with travel agencies in the UK, the Middle East, and Singapore to deploy Trip Assist, Travelport’s mobile app for agencies. The new agreements come after the successful launch of Trip Assist in the Middle East in April 2018 and will give the customers of UK-based Omega Travel Limited, the United Arab Emirates-based Cozmo Travel, and Singapore-based Pegasus Travel a personalized service at their fingertips wherever they are on their journey. Trip Assist provides agencies with a fully branded mobile engagement solution that enables them to support, engage and connect with their travellers at every stage of their journey. Incorporating smart itinerary management capabilities and the ability to create agency defined messages; Trip Assist empowers agencies to build stronger relationships with travellers. For travellers, Trip Assist is a personal digital travel concierge service that provides day of travel assistance, real-time trip alerts and click to call agent support. Niklas Andreen, Senior Vice President and Managing Director, Global Hospitality and Digital at Travelport said, “Mobile done right, allows agents to move from passive itinerary management to being a true proactive partner of the travellers throughout their journey. Travelport is proud to be working with such pioneering travel agencies as Omega Travel, Cozmo Travel and Pegasus Travel Management on redefining the role of the travel agency through mobile engagement.” 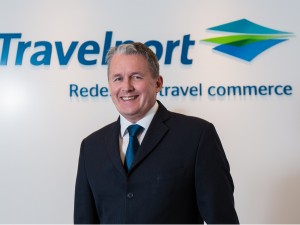 Travelport has announced two new leadership for its Agency Commerce teams in the Americas and Europe, the Middle East and Africa (EMEA). In the Americas, Simon Ferguson will become Managing Director, Agency Commerce for the region which spans the United States, Canada, and Latin America. Ferguson takes over from Bret Kidd who will be taking an alternative role within Travelport. Simon will relocate from London, where he currently oversees Travelport’s Northern Europe region and will be based in Atlanta from July 1. Ferguson is a graduate of Sheffield University whose earlier career included leadership positions in travel technology and media before joining Travelport in 2011. In 2017, Travelport’s revenue in the Americas was over $700m. In EMEA, Damian Hickey will take on the role of Managing Director, Agency Commerce following the departure of Rabih Saab earlier this year.  Hickey will take up the role from June 1 and will relocate to Travelport’s Langley, UK base from Singapore, where he currently oversees Travelport’s Air Commerce business in the Asia-Pacific region. Hickey has been at Travelport since 2012 in a number of leadership roles. He is a graduate of Trinity College, Dublin and has worked in the travel technology sector for over twenty years. In 2017, Travelport’s revenue in the region exceeded $1bn.

Egypt, UAE and Turkey have seen the greatest growth in flight bookings from travellers in the Kingdom of Saudi Arabia (KSA) in the last 12 months, according to analysis conducted by Travelport. Fastest-growing international destinations for KSA travellers booked through global distribution systems. This data is derived from Travelport’s interpretation of relevant MIDT data. It reflects bookings made in the KSA through GDS only. Additional booking will have been made directly with airlines, which may or may not also have a GDS presence. From April 1, 2017 to March 31, 2018, bookings made in the KSA through all global distribution systems (GDS) to Egypt increased by nearly 190,000, up 17% on the previous 12 months. Bookings to the UAE rose by over 70,000, up 13%, and to Turkey by just over 65,000, up 31%.  Global distribution systems (GDS) are vast hi-tech reservation networks that allow travel agents, travel management companies, and large corporations, among others, to search and book airline seats, hotel rooms, rental cars, and other travel-related items. Matthew Powell, Travelport’s Managing Director  for the Middle East, Africa and South Asia, said, “Growth in flight bookings tends to be driven by increased airline capacity, rises in demand from leisure trave”llers, economic and political advances, which attract more interest in trade and investment, and major construction projects that require large international labour forces. The results we’re seeing here cut across all of these.” 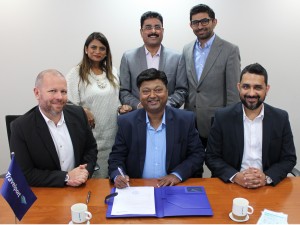 Travelport has announced a new long-term technology partnership via its distributor in Oman, with Eihab Travels. Eihab Travels will use Travelport’s industry leading point of sale solution, Travelport Smartpoint, to provide corporate as well as leisure travel services to major multinational corporations, prominent Middle East firms and individuals. Aided by Travelport’s support, the company’s consultants will benefit from intelligent, fast and accurate search of high quality content from over 400 airlines, 650,000 hotel properties and 35,000 car rental locations. With over 250 airlines signed up to use Travelport’s unique merchandising technology, the company is able to display, gain powerful information around, and sell branded fare families and ancillary products (such as paid seat assignments, baggage fees, priority boarding, etc.) from these airlines. Having recently become the first global distribution system (GDS) to be certified by IATA as a “Level 3” Aggregator under its New Distribution Capability (NDC) initiative, Travelport will soon further benefit the company by creating NDC connections with airlines as they become available.

Travelport and Air France-KLM have signed an agreement for the distribution of content through Travelport’s platform. Air France-KLM and HOP! content on Travelport’s platform will include Travelport’s rich content, branded fares, fare families and multiple ancillaries. Travelport customers will continue to benefit from Travelport’s tools beyond booking capability that enable workflow automation, change management processes, multiple content integration, robotics for fulfilment and other vital services. This agreement also enables customers selected by Air France HOP! and KLM to access a private channel via Travelport through which they will receive content without the additional distribution surcharge levied by Air France-KLM starting April 1, 2018. Derek Sharp, Senior Vice President and Managing Director – Air Commerce, Travelport, says, “This agreement is an extension of a long-term relationship which has delivered greater choice to Air France KLM’s customers. We look forward to a continuing productive partnership as we deploy new technology with the airline.” Emmanuelle Gailland, Vice President – Distribution, Air France-KLM, says, “Travelport has been a great partner throughout our private channel engagement as a transition towards NDC. Both Air France KLM and Travelport will work together to bring NDC content of new fares, products, services and rich media in the marketplace.” 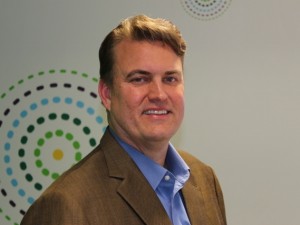 Travelport has partnered with ACI Worldwide, a leading provider of electronic banking and payment solutions, to deliver an intelligent fraud control and settlement solution for its airline customers called Travelport Authorise Plus. It enhances Travelport’s existing card payment gateway by integrating with ACI’s award-winning ReD Shield platform. Through the integration, Travelport can provide its airline customers with the ability to seamlessly track ticketing purchase processes right through to the completion of a journey. Additional features include the dynamic fraud screening of card payments used to purchase air tickets via Travelport-connected agents, ability to prevent ticket issuance, and detailed online management reports of all transactions and status. ACI’s UP Payments Risk Management solution utilises advanced data analytics, adaptive machine learning and customer profiling techniques. Derek Sharp, Senior Vice President and Managing Director, Air Commerce—Travelport, commented, “Our partnership with ACI Worldwide is in response to the growing need to provide our airline customers with highly sophisticated tools to prevent card fraud in our industry. The major advantage of combining Travelport Authorise Plus with ACI ReD Shield is that we have built a fully integrated solution, which applies fraud control management without the need for both our airline and agent customers to do any major development or change their workflow process of today.”