Emirates to launch second daily to Prague from July 1

Emirates is set to add a second daily flight between Dubai and Prague from July 1, 2018, after steadily growing passenger numbers on the route since its launch of operations in July 2010. The flight will be operated by a Boeing 777-300ER with a capacity of 360 seats, boosting inbound tourism through the additional 262,800 seats it will provide. The year-round flight will have a three class configuration offering eight Private Suites in First Class, 42 lie-flat seats in Business and 310 spacious seats in Economy. Emirates‘ flight EK137 will leave Dubai at 15:30 and arrive in Prague at 19:55. The return flight EK138 will depart Prague at 21:35 and arrive in Dubai at 05:30 on the following day, giving travellers a full day in Dubai.
The second daily flight will improve Prague’s connectivity to and from a range of destinations in the Emirates network including Far East places like Ho Chi Minh City in Vietnam, Phuket in Thailand, Yangon in Myanmar, Guangzhou in China and Phnom Penh in Cambodia. African destinations of Durban, Dar-Es-Salaam, Harare, Lusaka, Entebbe and Nairobi as well as Auckland and Christchurch in New Zealand and Brisbane in Australia will be easily reached with improved connectivity with a convenient transit in Dubai’s world-class hub. 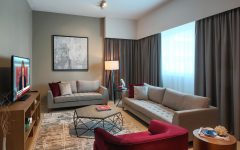 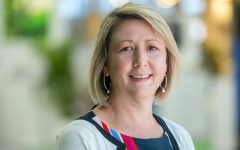 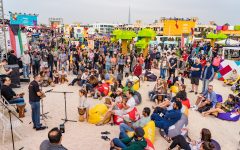 Seventh edition of Dubai Food Festival to kick off on February 26, 2020