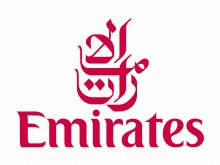 Emirates will introduce a third daily service to Brisbane, Australia from December 1,2017, complementing Emirates’ existing two daily services. The direct service, to be operated on a B777-200LR aircraft with eight seats in First Class, 42 in Business Class and 216 in Economy Class, will increase capacity on the route by 3,724 seats a week, inbound and outbound between Brisbane and Emirates’ hub Dubai. This will give passengers in the United Kingdom, France and North America greater access to Australia with just one stop in Dubai as part of Emirates’ global route network.

The inbound service EK430 will depart Dubai at 22:00 hrs, arriving in Brisbane at 18:15hrs the following day. While the outbound flight EK431 will depart Brisbane at 22:25 hrs, arriving in Dubai at 07:00hrs the following day. The service will operate alongside two existing daily services to Dubai. Flights EK434 and EK435 operate non-stop between Dubai and Brisbane and onwards to Auckland, New Zealand, while flights EK432 and EK433 operate between Dubai and Brisbane via Singapore. Additionally, with codeshare partner Qantas, Emirates offers services to Singapore twice daily from Brisbane. The news comes as Emirates announced it would be upgauging its third daily service to Melbourne from a B777-300ER to an A380 operation from 25 March 2018, allowing passengers to travel aboard Emirates’ A380 on all three daily flights between Melbourne and Dubai.