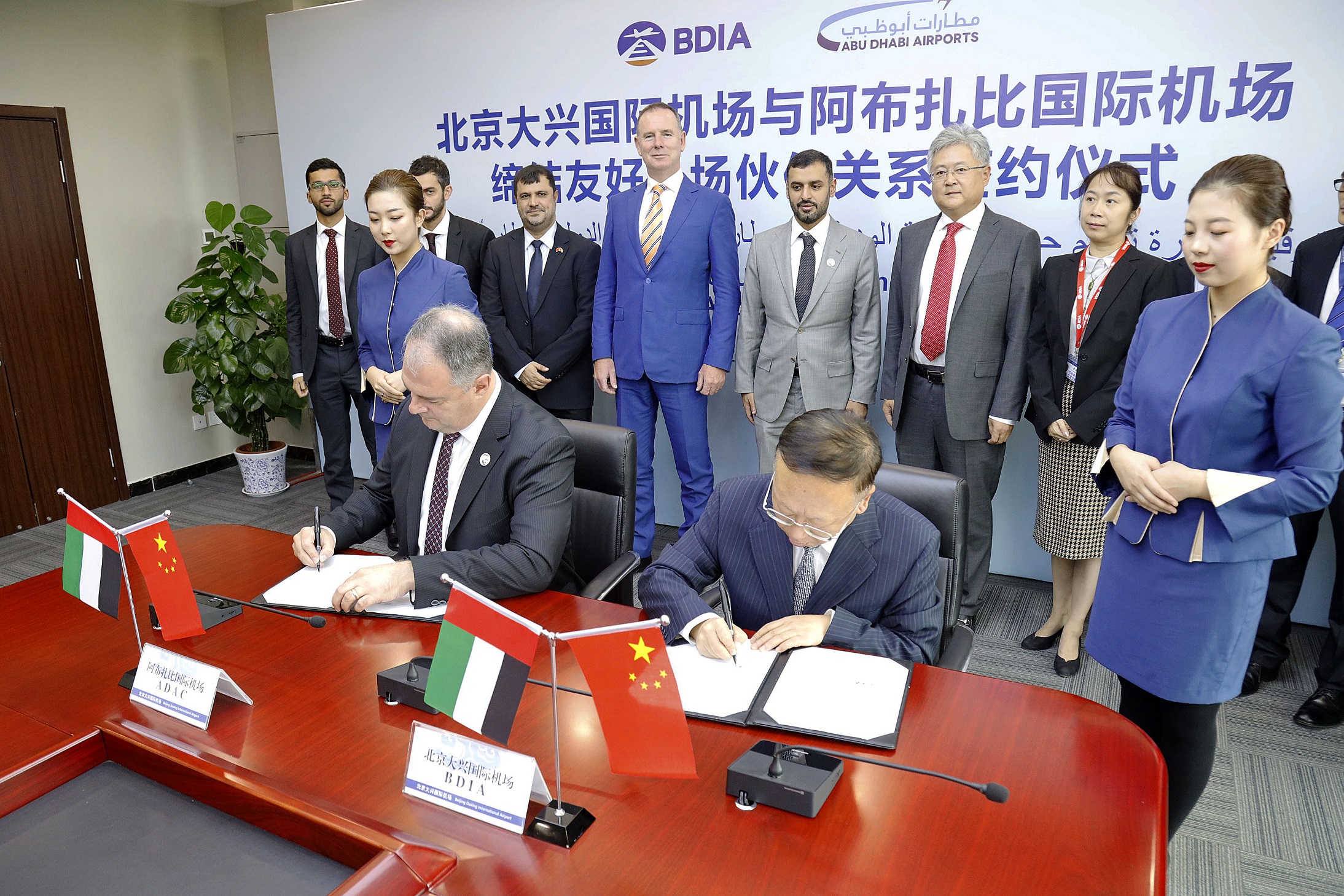 In the presence of His Excellency Sheikh Mohammad Bin Hamad Bin Tahnoon Al Nahyan, Chairman of Abu Dhabi Airports, Bryan Thompson, Chief Executive Officer of Abu Dhabi Airports, has signed a Memorandum of Understanding (MoU) with Yao Yabo, President of Beijing Daxing International Airport (BDIA), establishing a framework for the sharing of best practices and the exploration of potential opportunities for future collaboration.

Speaking after the signing, Thompson commented, “This agreement is the result of the close social and economic ties between the UAE and China, and we look forward to working with our Chinese colleagues to enhance our partnership at all levels. We are the first airport to sign an agreement with Beijing Daxing International Airport, highlighting Abu Dhabi International Airports status as a regional aviation hub and commitment to collaborating with partners from across the globe.”

Yao Yabo commented, “On September 25, 2019, the Chinese President Xi Jinping officially announced the opening of Beijing Daxing International Airport. We believe on the basis of long-term and win-win cooperation with Abu Dhabi Airports, the two sides will jointly make more contributions to China’s civil aviation and the world’s civil aviation.”