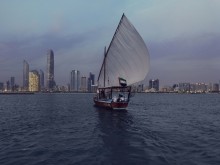 Abu Dhabi witnessed a double digit increase in the number of hotel guests during August compared to the same period in 2016, helping to drive the total number of guests staying in the emirate to more than 3.1 million for the first eight months of the year. Figures released by the Department of Culture and Tourism, formerly known as Abu Dhabi Tourism & Culture Authority, reveal that 426,912 hotel guests stayed at the emirate’s 166 hotels and hotel apartments in August, a rise of 13 per centover the same month last year. The total number of hotel guests so far in 2016 is up 7 per cent in comparison to the comparable time frame in 2016, with occupancy standing at 68 per cent.

H.E. Saif Saeed Ghobash, Director General, Department of Culture and Tourism, said: “We are encouraged by August’s figures and the increased growth, during a month which is traditionally a quieter time of the year for hotel guests. Our annual Abu Dhabi Summer Season, which ran from July 20th until August 20th, once again proved highly popular with domestic visitors and we saw key international markets all show notable growth during the month due to concentrated promotional and marketing campaigns locally, regionally and internationally.

“As the year moves on, we expect to see further progress, not least due to the highly-anticipated opening of Louvre Abu Dhabi on November 11th which has rightly attracted huge interest from across the world. We still have some opportunities to increase length-of-stay at our hotels and maintain revenues, but we are actively addressing these things as we constantly strive to improve our destination’s appeal with concerted international marketing campaigns in tandem with our 11 overseas offices.”