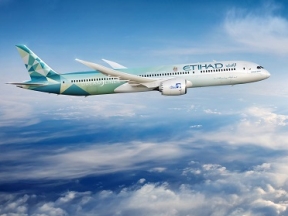 Etihad Airways will launch flights to Vienna this summer with fares from AED 1,995. The service will operate twice weekly using a Boeing 787 Dreamliner from 18 July 2021. The new service has been conveniently timed to arrive early morning in Vienna to provide travellers between the UAE and Austria an ideal weekend getaway. Travellers visiting Vienna will enjoy centuries old culture and breathtaking scenery. The Austrian capital has been consistently voted the world’s most livable city. For Etihad Guest Members wanting to redeem their well-earned miles, Vienna is the ideal destination. Members have access to best value seats with their miles, plus countless hotel and car partners to suit their travel needs. Austria is currently open to nationals and residents of Austria, residents of Schengen-member states and Switzerland, business travellers and students. To simplify the travel experience and provide additional peace of mind, Etihad recently launched Verified to Fly, allowing guests to validate their Covid-19 travel documents before arriving at the airport. Travellers who use Verified to Fly can enjoy fast track check-in at the airport by going to the dedicated Verified to Fly desk for a quicker and smoother experience. To use the Verified to Fly service, guests can sign-up by visiting Manage my Booking and will receive further information on how to submit their documents. 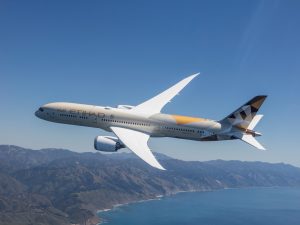 Etihad Airways will launch new daily scheduled year-round flights to Vienna. The service will initially operate with four weekly flights between May 22 and June 30, 2020. Etihad is introducing the new service to provide greater choice and convenience for point-to-point business and leisure travellers between the UAE and Austria, and to promote direct inbound tourism to Abu Dhabi. Departures have been conveniently timed to arrive early morning in Vienna, and to connect seamlessly in both directions via Abu Dhabi to gateways across the Etihad network including the GCC, Southeast Asia, and Australia. Robin Kamark, Chief Commercial Officer, Etihad Aviation Group, said, “The announcement of this route brings the number of our European passenger destinations to 22. Austria is an important trade and tourism partner for the UAE and the new flights will enable us to take advantage of the increasing business and leisure demand between the two countries. Trade between the UAE and Austria is strong and there are approximately 180 Austrian companies operating in the emirates. Tourism has been increasing in both directions with Austria becoming an increasingly popular year-round destination with UAE nationals and residents, attracted by the centuries old culture, breathtaking scenery, and famous ski resorts.” Etihad’s two-class Boeing 787-9 Dreamliner features next-generation Business and Economy cabins configured with 290 seats – 28 Business Studios and 262 Economy Smart Seats. The introduction of the widebody aircraft on the route will provide Etihad with opportunities for belly-hold cargo between Abu Dhabi and Vienna, and onwards across the Etihad Cargo network. 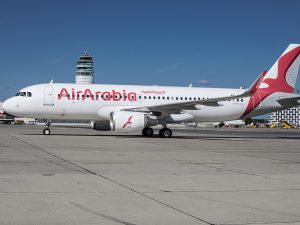 Air Arabia, the Middle East and North Africa’s first and largest low-cost carrier, now offers direct flights between Sharjah and Vienna. The non-stop six-hour flight to Vienna, will operate four times a week, on Sundays, Wednesdays, Fridays and Saturdays, and will be expanded to daily flight service as of mid-December. Adel Al Ali, Group Chief Executive Officer of Air Arabia and Julian Jäger, Joint CEO and COO of Vienna Airport, officially inaugurated the new route at a press briefing in Vienna. Commenting on the inaugural launch of the route, Adel Al Ali said, “We are pleased to start our direct flights connecting Sharjah and Vienna. This new service will provide our customers in the UAE and Austria with a great opportunity to discover the beauty of both countries while enjoying Air Arabia’s value-for-money offers.” “In recent years, we have seen a significant rise in number of tourists from the UAE and Vienna is a popular destination amongst Arab travellers. The city of Vienna greatly benefits from Air Arabia’s new direct flight connection to Vienna Airport. We have registered close to 13% growth on flights to the Middle East since the beginning of the year. We look forward to welcoming even more visitors from the Middle East to this beautiful city,” stated Jäger, Joint CEO and COO of Vienna Airport. 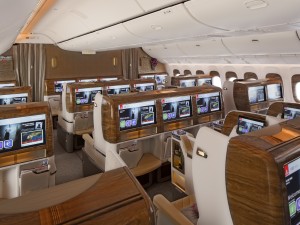 Emirates’ latest Boeing 777-300ER aircraft fitted with the ‘Game Changer’ First Class product will operate between Dubai and Vienna on a daily basis from December 1, 2018. Austria will be one of the first few countries in the world to be served by Emirates’ Boeing 777 aircraft with fully-enclosed private suites inspired by Mercedes-Benz. Emirates will fly to Vienna twice daily and both flights will be operated by its flagship products – the iconic A380 and Game Changer Boeing 777 product – underscoring its commitment to the market since 2004. Travelling to or from Vienna can enjoy the latest Emirates products regardless of which of the two daily flights they opt for. The new private suites offer up to 40 square feet of personal space each, laid out in a 1-1-1 configuration. The new suites were designed with customer comfort in mind as the seats recline into a fully flat bed and can be placed in a “zero-gravity” position. The aircraft also boasts the industry’s first virtual windows for suites located in the middle aisle. These virtual windows project the view from outside the aircraft using real-time camera technology. In the other suites, binoculars are available for customers who want to explore the sky outside their windows. Customers in each suite can easily communicate with the cabin crew or request for room service through a new video call function. From first class through to the business and economy class cabins, the latest Emirates 777 aircraft boasts multi-million dollar features that include newly-designed seats and upgraded inflight entertainment systems in all cabins, giving customers an unmatched travel experience regardless of which cabin they are in. It has touchscreen controls for the seat and …