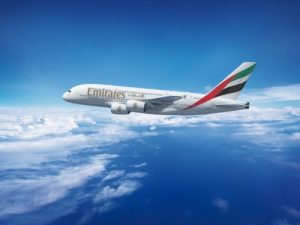 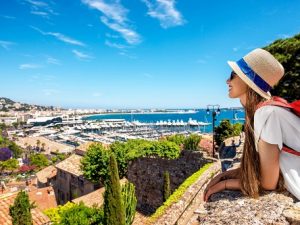 Etihad Airways is celebrating the launch of its newest seasonal route to the French Riviera, between 15 June and 18 September 2022. The twice-weekly service will operate on Wednesdays and Sundays between Abu Dhabi and Nice Côte d’Azur Airport on a modern Boeing 787 aircraft, one of the most fuel-efficient aircraft in the world. Martin Drew, Senior Vice President Global Sales & Cargo, said: “We are delighted to be launching our services to this UNESCO World Heritage Site famous for its waterfront and its scenic seven-kilometre walkway known as the ‘Promenade des Anglais’, and we are sure that this route will attract a lot of guests wishing to spend their vacation in a luxurious setting under the Mediterranean sun. With the return of international tourism, we continue to broaden our network by adding services and frequencies across key markets and offering additional options to our guests.” Guests can show their love for the planet by offsetting their flights with the new green loyalty programme launched by the airline earlier this year. Conscious Choices rewards travellers with Tier Miles and additional benefits for carrying less baggage on board and offsetting their flights’ carbon emissions using Etihad Guest Miles. Guests travelling with Etihad can make use of the airline’s innovative service to simplify the process of authenticating travel documents. With Verified to Fly, travellers can validate their documents before arriving at the airport, giving them the confidence that they have met all essential government and airline travel requirements before travelling to the airport. Those wishing to book are advised to visit etihad.com or the Etihad app to view the latest sale fares, and to remain informed on the appropriate entry regulations at … 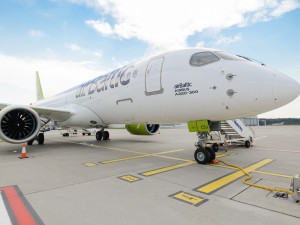 The Latvian airline, airBaltic, in cooperation with Etihad Airways, has announced extension of the operating season of flights between Riga and Abu Dhabi in 2019. The flights will restart on October 28, 2018 and continue until April 29, 2019. Wolfgang Reuss, SVP, Network Management, airBaltic, said, “When we launched flights to Abu Dhabi last year, it instantly became one of the most demanded routes during the winter season. As more of the Airbus A220-300 aircraft are joining our fleet, we are now extending the operating season of these flights by additional two months in 2019. In addition to serving the point-to-point demand, the cooperation with Etihad Airways offers a multitude of travel options to the Middle East, the Indian Subcontinent and Australasia,” Reuss added. This winter season, airBaltic will also continue flights from Riga to holiday destinations like Malaga, Madrid, Lisbon and Nice. airBaltic will restart flights from Riga to Abu Dhabi on October 28, 2018 and will operate the route 4 times weekly. Passengers will board an Airbus A220-300 aircraft for a flight that will last 6 hours and 15 minutes. One-way ticket prices start at 129 EUR, including airport fees and transaction costs. A full schedule of airBaltic flights can be found on the company’s homepage at www.airbaltic.com. 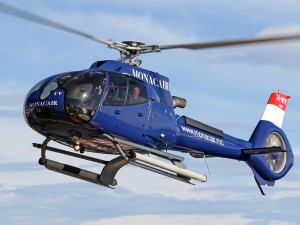 Qatar Airways and Monacair have entered a new partnership, commencing July 4, that would allow passengers arriving at Nice International Airport to seamlessly connect to Monte Carlo on a Monacair helicopter flight. Qatar Airways Group Chief Executive, His Excellency Akbar Al Baker, said, “This strategic partnership with Monacair combines perfectly with the launch of our new direct service to Nice, allowing passengers to travel to and from Monaco in just six minutes from Nice International Airport. The agreement with Monacair reflects our commitment to provide our passengers the very best premium travel opportunities, and I am confident that this new partnership will delight our passengers.” “We are tremendously excited about this new collaboration between Monacair and Qatar Airways,” said Gilbert Schweitzer, Managing Director, Monacair. “As in all other services proposed by Monacair, we want to offer our passengers the very best. The H130 provides a unique travelling experience that we want to share with Qatar Airways’ clients.” Launching on July 4, Qatar Airways’ new direct, five times a week service to and from Nice will operate with a Boeing 787 Dreamliner, providing passengers from around the world access to the ever-popular tourist destination of the French Riviera.

Emirates A380 to ply on Nice route 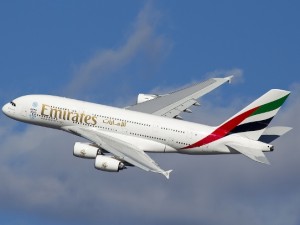 Emirates announced the launch of a daily A380 service to Nice, gateway to the French Riviera and Provence. The daily A380 service will start on July 1, 2017, just in time for the beginning of the summer holiday season. After Paris, Nice becomes Emirates’ second destination in France to welcome the iconic double decker, further stimulating demand for travel to the region. As of July 1, EK77 will be operated by an A380, leaving Dubai at 0845hrs and arriving in Nice at 1340hrs, while EK78 will depart Nice at 1540hrs and arrive in Dubai at 0010hrs the next day (local times). Passengers travelling to or from the following cities will enjoy optimal A380 to A380 connections in Dubai: Auckland, Bangkok, Hong Kong, Mauritius, Seoul, Shanghai, Sydney, Taipei, Tokyo, and more. Nice is currently served with a daily flight operated by a Boeing 777-300ER. The deployment of an A380 represents a capacity increase of 44 per cent on the route. With 3633 weekly seats in each direction, Emirates will offer more seats to the Middle East and beyond than any other international airline, highlighting Nice’s importance as part of the airline‘s global network. Enabling an increase in passenger numbers will also result in additional tourism revenues for Nice and the wider region, which in turn will mean boosting the local economy and job creation.