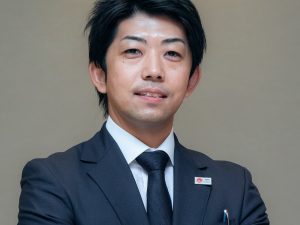 The Government of Japan announced new measures to allow UAE nationals to enter Japan without the need for a visa. The measure becomes effective from November 1, 2022 for all UAE nationals that meet the following requirements. Eligibility for the New Visa Waiver Measure: UAE Nationals in possession of valid ordinary passports of the UAE which are ICAO compliant IC Passports Outline of the New Visa Waiver Measure Purpose of visit: Short-term stay (for sightseeing, business, or visit to relatives/friends, etc.) Duration of stay: 30 days Executive Director of JNTO Dubai office, KOBAYASHI Daisuke reiterated, “We are delighted to now welcome UAE nationals visa-free to Japan, and hope many Emirati nationals take advantage of this seamless opportunity from the onset. Following a market survey we conducted last year, 44% of Emirati nationals surveyed who have visited Japan previously, answered that activities in nature were the most satisfying element of their trip. With this in mind I would especially like to suggest November and the beginning of December as the two best months to experience the natural beauty of Japan’s world-famous autumnal foliage. It is also at this time that some ski resorts start opening to the public prior to the peak ski season which is from January to March. From the ski fields of Niseko in Hokkaido in the north, to Hakuba in Nagano in central Japan, Japan is an ideal destination for ski beginners and experts alike, as well as for families with young children, and couples looking for adventure mixed with unique cultural experiences. This winter we are enticing Emirati travellers to come to Japan for the skiing and snowboarding, stay for the hospitality, indulge in our delicious … 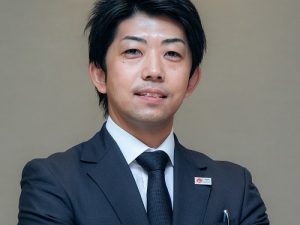 The Government of Japan announced a policy of resuming entry by individual travelers for tourism purposes beginning on October 11. JNTO looks forward to welcoming individual inbound travelers back to Japan with the long-awaited lifting of entry restrictions. The resumption of individual travel to Japan and visa waivers, and the elimination of the daily arrival cap will allow international visitors to enjoy Japan in more ways than in the past two-and-a-half years. These measures are long-awaited news for tourists around the world who have been looking forward to visiting Japan. Executive Director of JNTO Dubai office, KOBAYASHI Daisuke shared, “The Middle East is positioned as one of the 22 strategic international markets targeted by the Japan National Tourism Organization (JNTO). Since the opening of the JNTO Dubai Office in November 2021, we have been eagerly awaiting, and busy preparing for, the day when international visitors can return to Japan with relaxed entry restrictions. 2022 marks the 50th anniversary of diplomatic relations between Japan and the United Arab Emirates. JNTO Dubai Office will engage in various promotional activities including commemorative events organized by the Japanese diplomatic missions as well as joint campaigns with stakeholders in the region. I am looking forward to seeing as many people as possible from the Middle East visit Japan in the coming months and year.” JNTO President SEINO Satoshi shared, “”The Japanese government has at last announced the resumption of individual travel for tourism purposes, visa waivers, and the elimination of the daily arrival cap. I am incredibly pleased to finally welcome back individual travelers after coping with the pandemic during a wait of    two-and-a-half years. In response to the announcement, JNTO will be doing everything … 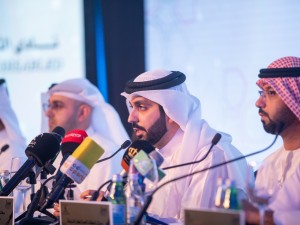 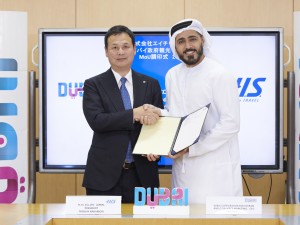 Dubai’s Department of Tourism and Commerce Marketing (Dubai Tourism) and HIS Co, one of Japan’s leading travel agencies, signed a Memorandum of Understanding (MoU) in Tokyo to confirm a strategic collaboration between the two entities. This month’s agreement marks the first-of-its-kind for Japan’s travel and tourism sector, and emphasises the commitment from Dubai Tourism and HIS Co, to increasing awareness amongst Japanese travellers, while positioning the emirate as the destination of choice across multiple target audiences including female travellers, honeymooners, families and seniors segments. The MoU was signed by Issam Kazim, Chief Executive Officer, Dubai Corporation for Tourism and Commerce Marketing (DCTCM) and Tatsuya Nakamori, President, HIS Japan at the HIS headquarters in Tokyo. The MoU outlines plans to deliver an enhanced visitor experience for Japanese tourists in Dubai by providing increased ease of access to marketing collateral for the emirate’s variety of travel products, tailored information through localised campaigns and retail store promotions in major cities across Japan. Kazim said, “HIS is a significant partner for Dubai with its considerable reach across the Japanese market and longstanding history in the travel sector. Our future focused collaboration allows us to promote Dubai as the destination of choice for Japanese travellers, as we work together to drive our efforts in the market. We have seen continued positive growth in the number of Japanese guests visiting the city.” Tatsuya Nakamori, President, HIS Japan said, “Dubai is the number one destination in the Middle East for HIS due to its level of safety, variety of tourist attractions and high quality accommodation options. We have seen consistent growth in the demand for travel to the emirate from Japanese tourists, and are expecting this to … 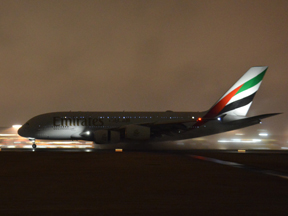 Emirates carried over 3.9 million passengers in its 15 years of service to Japan. In October 2002, Emirates became the first airline to link Japan and the Gulf region with non-stop flights when it introduced its four-times-per-week service to Osaka. The number of passengers carried in Emirates’ first year of operations–roughly 66,000 in 2002—has grown to nearly 530,000 passengers carried between Dubai and Tokyo (Narita and Haneda) and Osaka in 2016. Adapting to demand in terms of both quality and volume, the airline continues to enhance passenger experience in Japan. The opening of the Emirates Lounge at Narita (Tokyo) in 2015 and the introduction of the A380 to Narita in 2017, which increased capacity by more than 135 passengers per flight, are most notable. 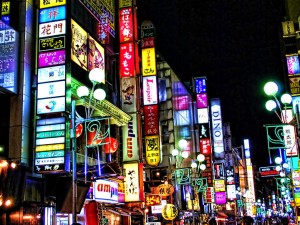 As part of its strategy to proactively reach out and welcome travellers from the Middle East region, Japan National Tourism Organisation (JNTO) in collaboration with Cathy Pacific has launched “Journey to Japan” packages. These packages come just in time as part of the new visa waiver programme which allows UAE Nationals to have visa free entry to Japan. Curated exclusively to highlight country’s unique heritage, modern pop culture, luxury experiences, tax free shopping and Japan’s traditional ‘washoku’ cuisine, “Journey to Japan” packages allows travellers to enjoy the nature and culture the country has to offer. In three years since 2013, the number of international visitors to Japan has more than doubled, resulting in over 24 million visitors travelling to Japan in 2016 compared to the 10.3 million experienced in 2013. 2016 also marks first time Japan has welcomed more than 20 million visitors in one year. Having achieved this milestone result, the target of welcoming 40 million visitors before the country hosts the Tokyo Olympic Games in 2020 seems an ever more realisable goal for the Japanese tourism industry. Ms. Akiko Yoshida, Executive Vice President of JNTO, says, “Japan offers plethora of unique cultural experiences in a cosmopolitan setting. Unique not only to region but also by seasons, there is always something new to be discovered in Japan. The “Journey to Japan” packages are crafted in such a manner to make the best of Japan’s many offering.”