Citizens and expatriate residents of the Kingdom of Saudi Arabia can apply for visas to Ireland at the new visa application centres jointly launched by the Embassy of Ireland in Saudi Arabia and VFS Global. With the launch of three new centres in Riyadh, Al Khobar and Jeddah, applicants can submit their visa applications at the VFS Global centres without having to visit the Embassy of Ireland. The new centres provide outbound travellers from Riyadh, Al Khobar and Jeddah a very convenient visa application platform, ensuring enhanced quality of services and seamless procedures.
During the official inauguration event of the Visa Application Centre in Riyadh, Ambassador of Ireland to the Kingdom of Saudi Arabia, said, “We are pleased to announce an extended partnership with VFS Global to open new centers to provide seamless visa application services to a greater number of travelers from Saudi Arabia. Ireland is recognised the world over for the hospitality of its people, its beautiful landscape and its cultural richness.With opening of these new centers we welcome travellers from Saudi Arabia to experience the beauty and hospitality of Ireland.”
Visitors from the Kingdom of Saudi Arabia account for approximately 33% of all visitors from the Middle East to Ireland. In 2018, approximately 6000 visitors travelled to Ireland from the Kingdom of Saudi Arabia. VFS Global has been associated with the Client Government of Ireland since 2004 and presently serves applicants through a network of 60 Visa Application Centers across 17 countries including Hong Kong, India, Russia, Turkey and United Arab Emirates, amongst others.
Commenting on the launch of three new centers for visas to Ireland, Vinay Malhotra, Regional Group COO for Middle East, South Asia & China, VFS Global, said: “With inspiring countryside and vibrant cities, Ireland is a big attraction and destination for Saudi Arabian tourists.Ireland has introduced the Hidden Heartlands to its geographical offering which complements its east and west coast initiatives by opening up the relatively unexplored midlands region. Opening of three new centers in key locations of the Kingdom is part of VFS Global’s plans to enhance cooperation with the Government of Ireland and offer a convenient and secure visa application platform to outbound travellers.” 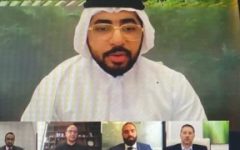 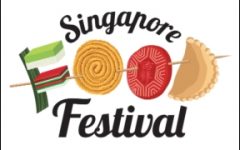