Etihad gets ‘The Residence’ onboard their A380s 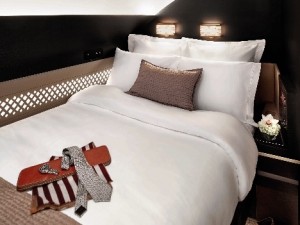 The airline’s award-winning double-decker A380s are the most customised aircraft of their kind in commercial service and feature unique innovations such as The Residence – a three-room living space for up to two guests, including a living room, a private shower-room, and a bedroom. The aircraft also boasts nine First Apartments, 70 Business Studios, a Lobby Lounge, and 415 Economy Smart Seats. Etihad Airways operates its fleet of Airbus A380s on flights from the UAE capital to London, Sydney, New York, and from 1 July, Paris. Employees from Etihad Airways and Airbus gathered at the European plane-maker’s Hamburg Finkenwerder plant in Germany, where the aircraft was officially handed over to the UAE national airline before commencing its delivery flight to Abu Dhabi.

Etihad A380 double daily to Sydney from October 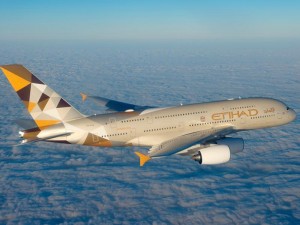 Etihad Airways announced all 14 weekly flights on the popular Abu Dhabi–Sydney route will be operated with its flagship A380 aircraft, effective October 29, 2017. The current daily A380 Sydney flights will be joined by a second daily superjumbo service, upgraded from a 328-seat Boeing 777-300ER. The announcement comes as Etihad Airways marks the 10th anniversary of flying to Sydney, its first Australian destination. Featuring the carrier’s revolutionary The Residence – the world’s first three-room suite on a commercial airliner – the additional deployment of the 496-seat double decker aircraft means one of Australia’s largest cities will join London and New York as an all-A380 operation. Business and leisure travellers to and from Abu Dhabi, the airline’s operational hub, will enjoy increased capacity. The carrier will meet growing demand from the UAE and connecting cities across the Gulf region, Middle East and Europe. The Sydney – London Heathrow route, via Abu Dhabi, will also offer guests the consistency, convenience and comfort of a seamless all-A380 service in both directions. Etihad Airways’ three daily London Heathrow flights are operated with an A380. Beginning June 1, the second daily New York service will be upgraded to the superjumbo. 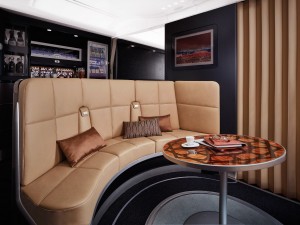 Etihad Airways’ much-anticipated A380 touched down in Melbourne on June 3, beginning a new era of luxury travel on the Melbourne-Abu Dhabi and Melbourne-London routes. The A380 features The Residence, the world’s first three-room private suite on a commercial aircraft, as well as ground-breaking innovations in all cabins. The inaugural Abu Dhabi-Melbourne A380 flight – EY460 – departed Abu Dhabi Airport at 10.15pm last night and arrived at Melbourne Airport at 5.45pm. The aircraft, in the airline’s ‘Facets of Abu Dhabi livery, will be welcomed to the Victorian capital by a traditional water cannon salute. The return Melbourne-Abu Dhabi flight – EY461 –departed Melbourne at 10.10pm tonight. From today, the flagship superjumbo will operate one of the airline’s double daily flights between Melbourne and Abu Dhabi. It will replace one of the three-class Boeing 777-300ER aircraft currently deployed on the route. Etihad Airways Senior Vice President of Marketing, Shane O’Hare, said: “Today marks another major milestone for Etihad Airways in Australia. With Melbourne joining our A380 network, Australia is the only country in our global network with daily A380 services to two cities – Melbourne and Sydney. “Deploying our latest technology aircraft and class-leading product and service to Australia recognises its importance to our business and the strong demand from Australian travellers for premium travel experiences. The A380 will increase the total number of two-way seats on the Melbourne-Abu Dhabi route by 26 per cent to more than 11,500 seats per week. Mr O’Hare said this would ease the capacity constraints on the Melbourne-Abu Dhabi, particularly for business and premium leisure travel. 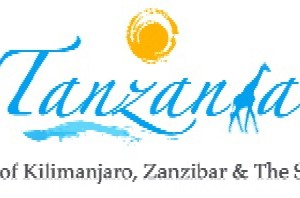 Consulate General of the United Republic of Tanzania in partnership with Holidays and Incentives and Regency Travels conducted a road show at the Hyatt Regency in Creek. Some of the leading travel agents in the UAE attended the event whilst four of the most luxurious properties in Zanzibar made their presentations. From Zanzibar the four properties  included The Residence, Melia, Park Hyatt and Elewana. The travel agents were given quite an opportunity to learn about the destination and the exclusive properties available for their clientele. Lastly was the presentation by the Tanzania tourism office where the spokesperson explained from traditional source markets Italy remains on top with over 65% traffic to the destination with other countries such as UK, France, Germany, Kenya, South Africa and North America  and the emerging countries are India, China, Russia and Middle East.