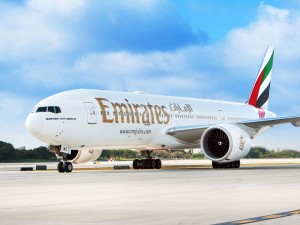 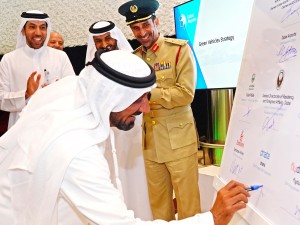 Dubai Airports has joined Dubai’s aviation community in signing a pledge to purchase only ‘green vehicles’ in the future. The pledge was signed by His Highness Sheikh Ahmed bin Saeed Al Maktoum, Chairman of Dubai Airports; President of the Dubai Civil Aviation Authority; Chairman and CEO of Emirates Group, and representatives from Emirates airline, flydubai, dnata, Dubai Police, Dubai Customs and Dubai’s General Directory of Residency and Foreigners Affairs (GDRFA). “This commitment is fully aligned with the Dubai government’s aggressive goals to reduce energy consumption by 30 per cent by 2030 as well as our sector’s strategy to limit our environmental footprint while continuing our significant contributions to Dubai’s employment and GDP,” said Al Maktoum. DXB is home to a fleet of over 6,345 ground service vehicles comprising various types ranging from water tankers to tow tractors to fork lifts operated by a number of companies that operate on the airfield including airlines, control authorities and ground handling services provider dnata. Of these DXB features a variety of green vehicles including BMW hybrid limousines for VIP services and RTA’s fleet of Tesla taxis but wants to scale up efforts to convert the fleet to top hybrid or electric models.

Emirates to fly to Chile via Sao Paulo from July 5

Emirates has launched a new, five times a week, service from Dubai to Santiago International Airport (SCL), via the Brazilian city of Sao Paulo, starting July 5, 2018. The new service will see Emirates fly an additional five times a week to Sao Paulo, complementing the airline’s existing daily A380 flight between Dubai and Sao Paulo. In total, Emirates will now fly 12 times a week to Sao Paulo. Emirates’ Santiago flight will be a linked service with Sao Paulo, meaning that customers in South America can now travel between the two cities in unprecedented style and comfort. Sir Tim Clark, President, Emirates, said “The start of our operations to Chile underlines our commitment to South America with our fourth destination on the continent and another five flights to Sao Paulo. We are pleased to add a destination that has been in strong demand from our customers and look forward to working with stakeholders in Chile to provide our unique product and service to passengers there.” The new route will be operated with a two-class configured Boeing 777-200LR which offers 38 Business Class seats in a 2-2-2 configuration and 264 seats in Economy Class. 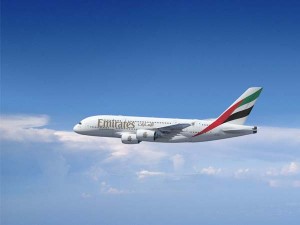 Emirates is set to launch a new non-stop service between Newark Liberty International Airport (EWR) and Dubai from June 1, 2018, adding to its existing daily flight which operates with a stop in Athens, Greece. The new non-stop service will be operated with an Emirates Boeing 777-300ER, offering eight suites in First Class, 42 seats in Business, 306 in Economy Class, and 19 tonnes of belly-hold cargo capacity. Flight EK223 will depart Dubai at 03:00 am and arrive in Newark at 09:00 am. The return flight EK224 departs Newark at 11:50 am, arriving in Dubai at 08: 20am on the following day. This new timing complements the existing Emirates service, as it provides travellers with a new option of a morning arrival in Newark, and a morning departure. Emirates’ non-stop service to Newark will offer travellers in northern New Jersey enhanced global connectivity, particularly those heading to Africa, the Far East and the Indian sub-continent. This is a boon for ethnic communities such as the nearly 700,000 Indian Americans residing in the greater New York area, who will have one-stop access to nine Indian cities on Emirates’ global network. 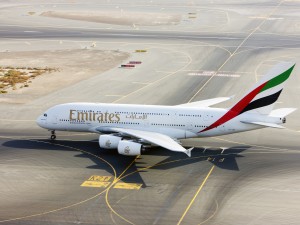 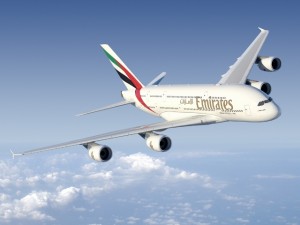 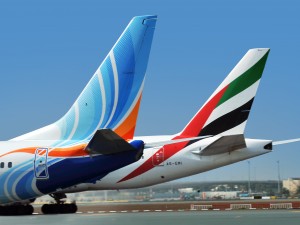 Emirates airline will operate a special A380 flight to Kuwait for UAE supporters to attend the finals of the Arabian Gulf Cup, as announced by HH Sheikh Mohammed bin Rashid Al Maktoum, UAE Vice President, Prime Minister and Ruler of Dubai, and HH Sheikh Ahmed bin Saeed Al Maktoum, Chief Executive Officer, Emirates. The UAE team will face Oman in the final match which is set to be held this Friday on January 5. Details of the special flight will be made available as soon as possible.

‘My Emirates Pass’ extended till March 31

Emirates extended its popular ‘My Emirates Pass’ programme to customers flying to or through Dubai between January 1 and March 31, 2018. The programme gives Emirates’ customers exclusive offers and discounts across the city by turning the Emirates boarding pass into an exclusive membership card. Customers can take advantage of a range of offers at some of Dubai’s best known hotspots by simply showing their Emirates boarding pass and a valid form of identification. ‘My Emirates Pass’ has also expanded the programme with more partners – customers can now enjoy special discounts at over 250 world class restaurants and hotel dining outlets in Dubai. Exclusive offers are also available on a range of leisure activities including visits to championship golf courses, theme parks or luxury spas across the city. “This year, we’ve doubled the number of partners in the programme to give our customers more options and even better value on their visit. Whether it’s your first time in Dubai or a return trip, there is always something new to explore,” says Mohammad Al Hashimi, Vice President, Commercial Products Dubai, Emirates airline. 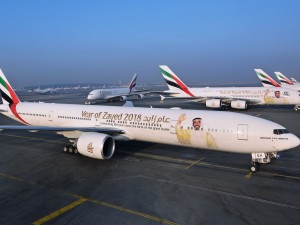 Emirates will share the legacy of the late His Highness Sheikh Zayed bin Sultan Al Nahyan to a global audience in 2018 through its inflight magazine, Open Skies. The magazine will mark the ‘Year of Zayed’ throughout 2018 by featuring the achievements of HH Sheikh Zayed through a host of classic images and stories in honour of his memory. The magazine will dedicate pages to highlight his role in establishing the Federation as well as his local, regional and international successes. In addition, each article will also tell readers how they can explore the region and see HH Sheikh Zayed’s vision come to life. Emirates has also adorned its aircraft with a bespoke livery of the late HH Sheikh Zayed. 10 Emirates aircraft – five Airbus A380s and five Boeing 777-300ERs – will carry the special livery and travel across the Emirates network throughout 2018. The unique livery is the first time Emirates has featured a customised decal of a public figure.