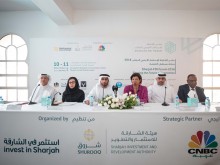 At a time when the Kingdom of Saudi Arabia’s National Transformation Plan is well underway to reduce the nation’s public-sector dependence by 2030, a delegation from Sharjah visited two major cities of the Kingdom — Jeddah and Mecca recently to explore prospects for new partnerships in non-oil sectors, which will drive regional growth. The Sharjah FDI office (Invest in Sharjah) led the delegation, taking them on a ‘Sharjah Roadshow in The Kingdom of Saudi Arabia’ through the two cities, and facilitated various networking meetings with leading Saudi businessmen, government representatives and industry experts.
Through the two-day roadshow, Saudi Arabian players took a closer look at Sharjah’s rapidly diversifying and investor-friendly economy in major non-oil sectors including tourism, hospitality, real estate, trade, media, health, education, renewable energy and SMEs. They explored ways in which they can leverage these opportunities to promote and strengthen KSA’s private sector.
The delegation comprised HE Aref Ali Al Tabour Al Nuaimi, Consul General of the UAE, Jeddah; HE Marwan bin Jassim Al Sarkal, Executive Chairman, Sharjah Investment and Development Authority (Shurooq); Sheikh Saud bin Mohammed Al Qasimi, Deputy Head — Industrial Investment, Sharjah Economic Development Department and Mohammed Juma Al Musharrkh, CEO, Invest in Sharjah.
The delegation also included Ibrahim Al Hashimi, Director — Government Relations, Sharjah Media City (Shams); Samer Bukamel, Vice President — Sales, ARADA and a number of officials and representatives from government and private bodies in Sharjah.
Al Sarkal highlighted the strong bilateral relations the UAE and KSA share, especially in economic sectors. The UAE is the Kingdom’s biggest trade partner in the Gulf and greater Arab region. In 2017, the value of trade between the two countries was approximately $23 billion. He noted, “Our visit to the Kingdom supports our investment approach, which aims to demonstrate Sharjah’s ability to support the growth of diversified and long-term foreign direct investments. One of the reasons for Sharjah’s sustained business success is the continuous development of new partnerships and expansion of the already existing ones based on such exchanges that help global business communities benefit from latest updates coming out of Sharjah and the UAE. We look forward to continue to steadily build on Shurooq’s portfolio of infrastructural real estate, commercial, retail and tourism projects.”
On his part, Al Musharrkh said, “Thanks to the economic and political ties between the UAE and the Kingdom. We were successful in conducting a roadshow that allowed us to expand on our bilateral relations between Sharjah and the KSA, as well as open new doors for investments and promote infrastructural developments and projects that boosted the emirate’s ever-flourishing investment climate, which continues to boost Sharjah as a central gateway to regional and global markets. Sharjah is already home to more than 500 Saudi companies operating in various sectors, and we were here again to meet with our counterparts and discuss more ways of establishing mutually beneficial relations. Such partnerships will be key to establishing continued economic development and stability in the Gulf region.” 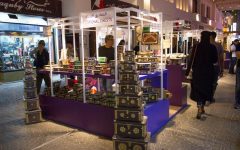 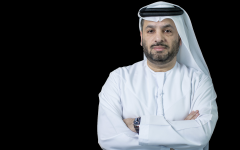