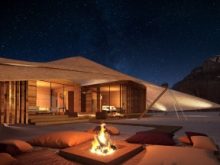 The Royal Commission for AlUla (RCU) announced a partnership agreement with Accor as part of its strategy to develop AlUla as a tourism destination for nature, culture and heritage. The agreement will see Accor operate an expanded Ashar Resort under the Banyan Tree brand. There will be 47 new units added, which will bring the resort’s total number up to 82 high-end villas, along with a luxury spa and several gourmet restaurants. This will be guided by a sensitive design that allows each villa to blend discreetly into the striking natural scenery of the Ashar valley, located 15km from the Kingdom’s first UNESCO World Heritage Site, Hegra.

Commenting on the agreements, the CEO of the Royal Commission for AlUla, Amr Al Madani, said, “We’re working with the world’s best developers and hotel operators to deliver projects that complement our cultural oasis, as well as benefitting our local community. The partnership agreement with Accor is part of a major series of capital projects and multiple investments made by RCU into fifteen plans in AlUla, many of which will be announced in the coming months.”

Sebastien Bazin, Chairman and CEO of Accor said, “In line with our commitment to grow Accor’s unique portfolio in Saudi Arabia, and as one of the first global hospitality groups to set foot in the Kingdom, we are extremely proud to take part in the development of the historic county of AlUla, thus celebrating the Kingdom’s vast heritage and culture.”

Commenting on the agreement, Bander M. Alharbi, Head of Hotels and Resorts at the Royal Commission for AlUla, said, “The Ashar Resort forms part of our strategy to create an immersive boutique destination that offers transformative experiences around the year and sets the standard for authentic hospitality.” 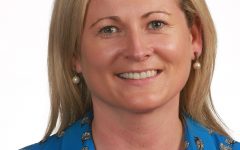 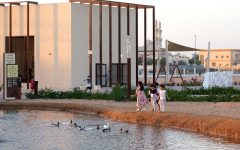 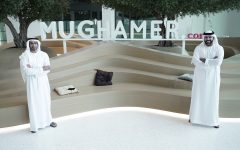