The cuisine, art, fashion and landscapes of Italy are attracting more visitors from the Middle East in recent years, with figures released today showing visitor numbers increased by 21.97 per cent in 2017 compared to 2016, a rise from 157,000 to nearly 200,000 travellers. The figures were announced during a press conference at the Arabian Travel Market, which was hosted by Filippo Del Corno, Deputy Major for Culture, Municipality of Milan; Lara Magoni, Councilor for Tourism, Territorial Marketing and Fashion of the Lombardy region and Alessandra Zita from the Italian Government Tourist Board (ENIT). Visitors from the UAE are the top Middle Eastern spenders in Italy parting with 180 million euros in 2017, followed by visitors from Saudi Arabia recording 120.3 million euros spend in the same year. ENIT has also revealed that the most popular regions for travellers from the Middle East include Lazio, Lombardy, Veneto, Tuscany, Piedmont and Emilia Romagna. According to ENIT, the Made In Italy brand that is synonoumus with high-quality design, craftsmanship and production, is a driving force behind the increasing tourist figures from the Middle East.

The Lombardy region of Italy (an area which covers Milan, Lake Como and Lake Garda), had the privilege to host the eclectic artist, Leonardo da Vinci, for many years of his working life. This year is the 500th anniversary of Leonardo da Vinci’s death and his creative genius, along with the region’s cuisine, fashion and design, is being celebrated during ATM in a dedicated zone at the Italian Pavillion. In addition to the Lombardy region zone, there is a dedicated area demonstrating Italian-style wellness for visitors to enjoy; a virtual reality experience covering art, food and lifestyle all united by a common thread of UNESCO heritage, sustainability and unique Italian lifestyle. The Italian Pavillion is located at Stand EU5530 in Hall 6 at Arabian Travel Market, Dubai World Trade Centre. The leading international travel & tourism event in the Middle East is taking place until May 1, 2019. 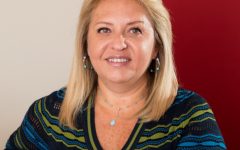 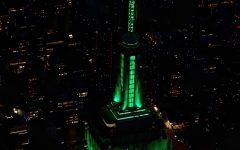 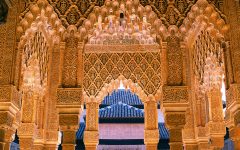