The Gulf Cooperation Council (GCC) Tourism Ministers Committee held its sixth joint meeting chaired by His Excellency the Minister of Tourism, Ahmed bin Aqeel Al-Khateeb, Chairman of the current session of the Committee, and in the presence of Their Excellencies the ministers in charge of tourism affairs in the GCC countries, alongside GCC Secretary General, Dr. Nayef bin Falah Al-Hajraf. HE Al-Khateeb welcomed HE Dr. Al-Hajraf, and their Highnesses, Excellencies, and delegation heads partaking in the meeting. His Excellency also expressed his gratitude to the Council General Secretariat for its efforts and distinguished work to achieve member countries’ aspirations. Moreover, His Excellency stressed that the tourism sector was essential in bringing together the peoples of the Gulf countries as emphasized through the expressed joint interest of their leaders in their unity and common destiny.

Their Highnesses and Excellencies reviewed cooperation and partnership prospects for a purposeful and sustainable tourism sector among the countries of the region, thus contributing to the advancement of Gulf tourism and sustaining unprecedented growth and prosperity in this vital sector. Meanwhile, many issues were discussed, including the development of joint work between the tourism and culture sectors in the GCC countries, and the final version of the Gulf Tourism Strategy 2023-2030, initiated by the Kingdom to work on preparing its general framework in cooperation with the member countries and the GCC Secretariat. The meeting also recommended adopting the tourism guide in GCC countries, and thanked the Ministry of Tourism in the Kingdom of Bahrain for taking the initiative to prepare the guide.

HE Al-Khateeb stated that the Gulf region was teeming with natural resources, including more than 17 sites registered on the UNESCO World Heritage List. He also highlighted the religious, social, and cultural ties joining 60 million people across 2.4 million square kilometers, including coasts extending over the length of the Arabian Gulf, the Arabian Sea, and the Red Sea; creating a global destination for tourism. His Excellency referred to the great role played by the tourism sector in terms of enhancing the Gulf identity and attracting national and foreign investments to penetrate the promising Gulf market. This, in turn, had an impact on providing more job opportunities for GCC citizens and attracted investments and projects related directly and indirectly to the tourism sector.

On top of that, His Excellency underlined that the number of tourists who visited the region in 2021 amounted to approximately 21 million individuals or 4.7% of the total number of tourists in the world. He thus stressed the region’s ability to attract greater yearly tourist numbers as an important destination on the global tourism map. Furthermore, He noted that this could be achieved through the integration of efforts and the promotion of actual and tangible cooperation in the field of tourism between GCC countries.

The meeting is said to be a new starting point leading to a long-term strategic partnership that would enhance GCC concerted efforts and contribute to deepening partnerships according to a multilateral methodology to lead the regional tourism sector to the top ranks. Tourism aspirations in GCC were also reviewed in terms of current capabilities development, future opportunities exploration, and human skills enhancement for them to assume their role in the development of this important sector. 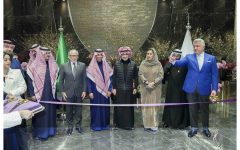 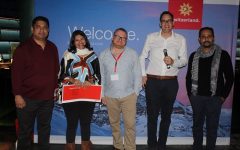 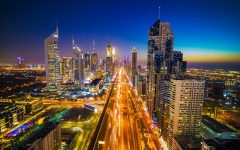