Ras Al Khaimah Tourism Development Authority (TDA) has revealed that total visitor arrivals to the country between January and July 2016 has increased by seven percent, compared to the same period in 2015, with further indicators foretelling another successful year for the region’s fastest growing tourism destination. For the month of July 2016, the hotel occupancy for Ras Al Khaimah’s hotels grew by 36.7 percent over July 2015 demonstrating increased demand for the emirate. According to Ras Al Khaimah TDA figures, in addition to the emirate receiving more visitors, the length of stay during the first seven mWonths of this year also increased. Total guest nights grew by 15.2 percent year-on-year, while the average length of stay in the Ras Al Khaimah’s hotels climbed 7.7 percent. Ras Al Khaimah’s expanding hotel proposition experienced significant increases during the same period with hotel occupancy averaging 70 percent, marking a 15 percent growth on last year. RevPAR grew by 7.6 percent over the same period, with room revenue increasing by 10.6 percent. The key hotel performance indicators continue to show growth well above the GCC average. Haitham Mattar, CEO, Ras Al Khaimah Tourism Development Authority said: “With access to 64 kilometres of pristine beaches, a unique terracotta desert and the highest mountain in the UAE located just 45 minutes from Dubai International Airport, Ras Al Khaimah’s hotels and resorts continue to grow from strength to strength. Our focus this year has been to heavily promote our new brand positioning which emphasises Ras Al Khaimah’s natural assets, luxurious indulgence, range of activities for different types of travellers, history and culture, and authentic Arabian heritage offering.” The domestic UAE market continues to represent Ras Al … 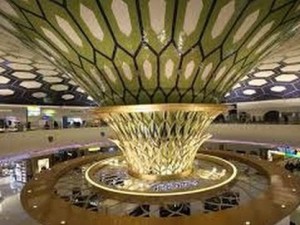 Abu Dhabi Airports marked an increase in passenger traffic by 7.9 per cent at Abu Dhabi International Airport (AUH) for July 2016 compared to the same month last year. The month recorded 2,267,572 passengers travelling through the airport, exceeding last July’s figure of 2,100,929. Total arrivals at the airport were up by 10.4 per cent at a figure of 1,074,022 in July, with departure numbers also increasing by 6.1 per cent at a total figure of 1,180,504. As for the local arrivals, specifically arrivals to Abu Dhabi excluding transfer and transit, July witnessed numbers rise by 15.9 per cent whilst local departures grew by 1.8 per cent. Arrival and departure transfers have both shown an increase of 8.0 per cent and 8.6 per cent respectively compared to July 2015. Eid and summer holidays were important factors in the increase in these figures. The top city destinations from Abu Dhabi were London, Bangkok, Doha, Bombay and Manila respectively, representing 16 per cent of the total traffic registered at the airport in July. Traffic to India has recorded a significant increase of 15.6 per cent in July, whilst traffic to the UK grew by 7.7 per cent. The traffic to Australia has risen by 28.1 per cent, while traffic to the USA has also gone up by 17.2 per cent. The US pre-clearance facility available at AUH has been a significant contributor to that growth. 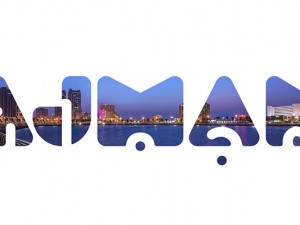 The Ajman Tourism Development Department (ATDD) has announced the launch of two classification programmes for desert camps and tourism villages, the first of its kind in the United Arab Emirates. Desert camps are divided into two types which are day use and overnight but will fall under one category while tourism villages will have different categories of 5-star, 4-star and 3-stars based on the facilities and services that they will offer to tourists and residents. According to Sara Alsuwaidi, Head of Classification Section at ATDD, the new classification criteria is in line with Ajman Vision 2021 to promote the emirate’s growing tourism industry. She said that the department’s working group visited a number of camps and tourism villages in Abu Dhabi and Ras Al Khaimah and compared them before they developed the new classification criteria program. The Licensing & Tourism Standard Department previously introduced classification motels, guest houses, and furnished apartments, in addition to the classification of hotels, hotel apartments, restaurants, travel & tourism agencies and tourist transportations. 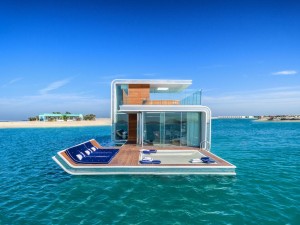 A brand new holiday experience for international tourists and residents in the UAE will be the floating seahorses developed amidst water with a special underwater level as well.Inspired by Emirati culture and lifestyle and leading European designs, The Signature Edition of The Floating Seahorse has been developed especially for families with guests, groups and children of all ages.Kleindienst, the developer of The Floating Seahorse, has announced the launch of The Signature Edition, a new icon now in the making in the UAE. There will be 40 signature edition floating sea horses designed, engineered and built in the UAE. They are now under production and are currently priced at AED 12 million.  The estimated completion for the first phase is October 2016.

Heart of Europe in Dubai 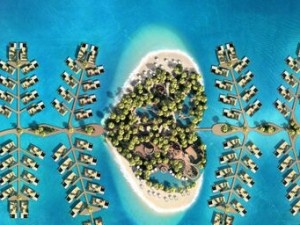 Dubai will be looking at promoting honeymooners to the destination with the latest project of heart shaped islands to be developed within the next four years. The Heart of Europe in Dubai is made up of six islands consisting European ; Germany, Sweden, Main Europe, St Petersburg, Switzerland and Monaco.The islands span six million square feet and will be able to accommodate up to 15,000 people at any one time. All six islands will be connected via bridges and will be accessible by boat, seaplane and helicopter.There will be no cars permitted on the islands to create the perfect island experience.Phase one of The Heart of Europe will be completed by the end of 2016 and the rest of the project in stages during 2017, 2018 and 2019. More details of this project to be available soon. 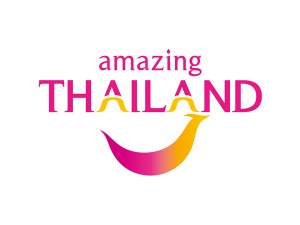 Following explosions in public areas in some Thai provinces during August 11-12, 2016, the Thailand Convention & Exhibition Bureau (TCEB) has issued a statement advising international stakeholders that Thailand’s MICE industry continues to operate as normal, and all public and private sector stakeholders are working together to monitor the situation. It said that all hotels, venues and attractions are open and ready to welcome business travellers. Transportation links, major roads and airports continue to operate, including Bangkok’s BTS Skytrain and MRT services and both Don Muang and Suvarnabhumi International Airports. However, business travellers are advised to prepare adequate travelling time to avoid getting caught in traffic due to large movements of people during this long-weekend holiday period. Meanwhile, Prime Minister Prayut Chan-o-cha has instructed local authorities to step up security at key locations throughout Thailand as preventive measure and to ensure safety and security for business travelers and local residents. Meanwhile planned events and business events activities continue in Thailand as the nation celebrated the birthday of Her Majesty Queen Sirikit and Mother’s Day on August 12, 2016. 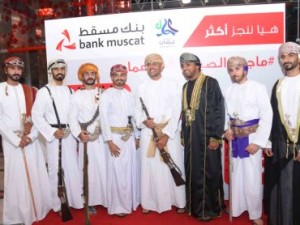 Bank Muscat, the flagship financial services provider in the Sultanate, in association with the Ministry of Tourism is hosting Sheikh Majed Al Sabah, renowned social media personality, on a unique ‘Discover Oman’ programme. During the week-long stay, Sheikh Majed will explore Oman to discover the country’s well-kept secrets covering natural attractions, vibrant heritage and culture. Sheikh Majed has over six million followers on social media such as Snapchat, Twitter and Instagram. He travels widely and engages in open communication with people through social media posts to highlight unique Arab traditions and values as well as remarkable social and economic developments across the world. The bank hosted a grand reception in honour of Sheikh Majed at the head office, attended by dignitaries led by H.E Maitha al Mahrouqi, Under-Secretary at the Ministry of Tourism, senior Management Team of the bank, social media enthusiasts and bloggers. The event evocatively showcased the country’s rick folklore music, traditional crafts and costumes, offering the opportunity for Sheikh Majed to interact with veteran craftsmen pursuing some of the country’s popular traditional crafts. Popular fashion designers engaged in designing traditional costumes for men and women also presented their latest offerings at the event. In his characteristic vibrant style, Shaikh Majed utilised the opportunity to whip up an air of friendship and bonhomie.

IMG Worlds of Adventure to open on August 31 in Dubai 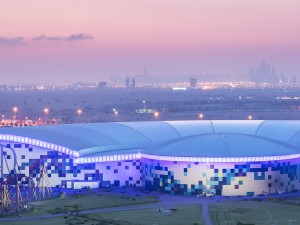 IMG Worlds of Adventure, the world’s largest indoor theme park, will open on August 31, 2016, in Dubai. IMG Worlds of Adventure is currently fine-tuning the last remaining details and is committed to offering its guests the best experience possible when the park welcomes everyone later in August.  Lennard Otto, Chief Executive Officer of IMG Worlds of Adventure, said that they are excited about launching the world’s largest indoor theme park which will be a major tourism attraction for Dubai, the surrounding regions and the rest of the world. They have partnered with some of the biggest global brands in the industry, including Marvel and Cartoon Network and they have secured exceptional sponsors. There are many spectacular one-of-a-kind rides and attractions and they are now completing the final touches. Guests who have already purchased tickets prior to the new opening date will be issued new tickets for a chosen date. In addition, guests will receive a complimentary Ultimate Fast Track pass, which will provide priority access to the rides and attractions.

Ajman earns AED200m in tourism revenues in first half of 2016 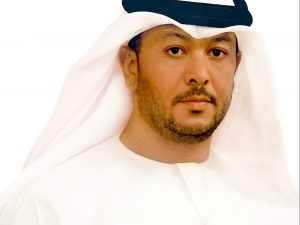 The Ajman Tourism Development Department (ATDD) has announced that the emirate earned AED200 million in tourism revenues from a total of 272,021 visitors in the first half of 2016. Tourism revenues from April to June 2016 reached AED92 million, 11 percent higher compared to the same period in 2015. Total guests for the period are 129,617 from 119,376 in 2015. Three Furnished Apartments are added to the inventory of establishments during the three month period. Occupancy rate for the second quarter is reported at 63 percent for hotels while hotel apartments has 68 percent occupancy rate. Guest nights for the second quarter reached 293,512 with majority of the guests staying at five- and four-star hotels and superior and standard hotel apartments. Local tourists still top the emirate’s guests followed by visitors from Asia and Africa, other Arab countries and GCC nationals. Europeans, Americans and Russian visitors comprised more than 30,000 of the total guests. With the addition of three Furnished Apartments to the inventory, Ajman has 39 establishments with total 3,392 hotel rooms and units and 5,737 beds.

The Emirate of Sharjah has registered a 7 percent increase in hotel revenues, reaching AED 378 million ($103m) during the first six months of 2016, according to the latest figures from Sharjah Commerce and Tourism Development Authority (SCTDA). The authority has been targeting markets identified in its strategic marketing plan and says that H1 2016 hotel statistics show a 19 percent increase from those markets, compared with H1 2015. The SCTDA announced its Sharjah Tourism Vision 2021 tourism development strategy in 2015, which aims to attract more than 10 million tourists to the emirate by year 2021. A total of 878,006 visitors booked accommodation in Sharjah during the first half of 2016, compared with about one million visitors registered during the first half of 2015. Sharjah guests stayed a total number of 1.99 million hotel nights from 1st January to 30th June 2016 China is now Sharjah’s fastest growing tourism market. The SCDTA has recently stepped up marketing efforts in China, opening up a representative office, recruiting Chinese staff and adding a Chinese language website to Sharjah’s tourism portal. The emirate saw a 78 percent increase in Chinese visitors during 2015 and, this year, has seen a 73.2 percent increase in Chinese tourist numbers during the first six months. Overall, the largest numbers of visitors during the first six months of this year came from the GCC which accounted for nearly 220,000 hotel guests or about 25 percent of the total. Asia provided the second largest source of tourists, showing a 12 percent increase compared to H1 2015. Meanwhile, 180,768 registered Sharjah hotel guests came from Europe, accounting for about 21 percent of the total.New flight routes to Pakistan also …