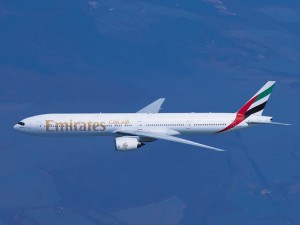 Emirates is set to launch a new daily route from Dubai (DXB) to London Stansted (STN) on June 8, 2018. With its strategic position close to the tech and pharma hubs of Cambridge and Peterborough, Emirates will be the first Middle Eastern airline to operate out of the popular North East London airport. The daily route will be operated by the airline’s new three-class Boeing 777-300ER offering customers six  seats in First Class, 42 in Business Class and 306 in Economy Class. The aircraft is fitted with fully enclosed private suites in First Class, as well as refreshed Business and Economy Class cabins. Flight EK33 will depart Dubai at 09:30hrs, and will arrive in London Stansted at 14:10hrs. On its return, flight EK34 will depart London Stansted at 21:10hrs and arrive in Dubai at 07:05 on the following day. Opening the London Stansted gateway was a strategic decision by Emirates to serve the thriving business community in London’s north east and the wider 7.5 million population that fall within its catchment area. Hong Kong, Dubai, Shanghai, Singapore and Mumbai are the most popular business destinations from the East of England, which Emirates serves daily through its Dubai hub. 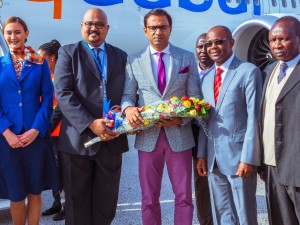 Kilimanjaro becomes the third point in Tanzania as flydubai became the first airline to provide direct air links to Kilimanjaro. flydubai will offer six flights a week to Kilimanjaro, three of which are via Dar es Salaam, increasing the total number of flights to Tanzania to 14 per week. As part of the inaugural programme, flydubai showcased its new Boeing 737 MAX 8 aircraft which it unveiled for the first time at the Dubai Airshow in November 2017. The service to Kilimanjaro sees the total number of flydubai’s destinations in Tanzania increase to three, along with Dar es Salaam and Zanzibar. With an increasing popularity among travellers from Dubai and the GCC, the carrier is seeing a steady growth in passenger numbers. Only a few international carriers operate to Kilimanjaro and flydubai will be the first airline to provide direct air links from the UAE. Emirates will codeshare on this route and as part of the Emirates-flydubai partnership, passengers will have greater choice for onward travel from Dubai to hundreds of destinations across the world. 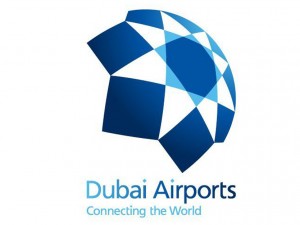 As the vacation season draws closer, Dubai International (DXB) is celebrating with an array of promotions and seasonal activities as it is set to welcome as many as 8 million passengers in December. Predicting the busiest travel days, the airport is encouraging those flying between December 15-23 to reach the airport with plenty of time to spare. This festive period will also offer passengers amazing discounts on activities, services, dining and quick bites through all terminals. Passengers can claim three free vouchers by searching for ‘EarlyBirdsDXB’ on Facebook Messenger and chatting directly with Santa. For those travelling from Terminal 3, the brand-new Winter Wonderland DXB is the perfect way to get in the festive spirit just moments before jumping on a plane. Staff levels will be augmented during peak periods and airport operational teams will use the latest sensor technology to constantly monitor passenger flows, allowing staff to be deployed quickly to avoid delays and long queues. UAE nationals can use the smart gates, enabling them to avoid queuing at passport control and travel through quickly and efficiently with their Emirates ID.

Etihad to launch Dreamliner on Casablanca route from May 2018

Etihad Airways is set to operate 787 Dreamliner on the Abu Dhabi-Casablanca route, making it the first North African destination to be served by the aircraft. The three-class aircraft, featuring eight First Suites, 28 Business Studios and 199 Economy Smart Seats, will replace the Airbus A330s currently operating daily on the route, and will offer additional cargo capacity. Peter Baumgartner, Chief Executive Officer, Etihad Airways, said, “We are delighted to deploy our flagship Boeing 787 Dreamliner on yet another route that will give even more guests the opportunity to experience our next generation aircraft. In addition to maintaining attractive timings for guests travelling between Abu Dhabi and Casablanca, we will create further suitable connections in many markets to benefit more travellers.” Etihad Airways will maintain an early morning arrival into Casablanca and operate a revised mid-morning return service that will improve connectivity to a wider network of destinations across Asia and Australia. The airline has a fleet of 18 Boeing 787-9 Dreamliners operating from Abu Dhabi to 17 destinations worldwide. 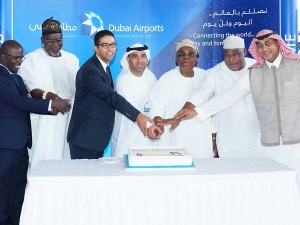 Etihad to increase flights to Maldives

Etihad Airways is set to increase its frequency of flights to Maldives starting June 15, 2018. According to sources, four additional weekly flights will be added on the popular Abu Dhabi – Malé route, taking frequency to the Maldives to 11 services a week. The extra flights will operate year-round and provide more travel options with an early morning arrival enabling guests to maximise their stay in the Maldives. In addition to providing greater choice and flexibility for UAE and GCC residents, overall connectivity and timing options between the Maldives and key countries on Etihad Airways’ European network will be enhanced. These include the major markets of the UK, Germany, France, Italy and Russia. The expansion from the current daily operation will continue to see a two-class A320 aircraft on the route, offering 16 seats in Business Class and 120 in Economy.

Smart services at airports in UAE 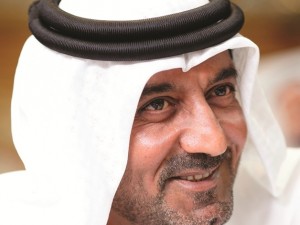 Ahead of the International Civil Aviation Day on December 7, His Highness Sheikh Ahmed bin Saeed Al Maktoum, President of Dubai Civil Aviation Authority (DCAA), Chairman of Dubai Airports and Chairman and Chief Executive of Emirates Airline and Group stated that smart services at airports and in air navigation reflect the UAE’s commitment to ensuring safe, secure and environment-friendly aviation network. “Through efficient implementation of ICAO’s Standards and Recommended Practices, Dubai and the UAE are ensuring safe and secured air travel for passengers around the world. I consider the theme for this year, ‘Working together to ensure no country is left behind’, highly important in the light of the increasing international air transportation between states.” Maktoum said. The purpose of International Civil Aviation Day is to help generate and reinforce worldwide awareness of the importance of international civil aviation to the social and economic development of states, and of the unique role of ICAO in helping states to cooperate and realise a truly global rapid transit network at the service of all mankind.

Air Arabia announced Asmara as its first destination in Eritrea, starting from December 10, 2017. The flight will operate once a week on Sundays, departing Sharjah International Airport at 22:00 hours and arriving at Asmara International Airport (ASM) at 01:00 hours local time. The return flight will depart Asmara on Mondays at 01:40, landing in Sharjah on the following day at 06:20 hours local time. Air Arabia currently operates flights to 133 routes across the globe from five hubs located in the Middle East and North Africa. Adel Al Ali, Group Chief Executive Officer, Air Arabia, said “Eritrea is on the path to becoming an important market for the UAE. Through the launch of this route, we look to boost the trade and bilateral relations between the two countries, and expand our footprint in the African continent. We are excited to commence our operations to Asmara, which will provide affordable travel options to passengers travelling from Eritrea to destinations across our network and beyond.”

flydubai to operate European routes in 2018 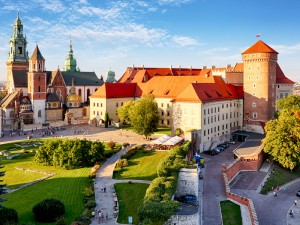 Ahead of the new year, flydubai launched two new routes to Europe. Flights to Krakow will start on April 8, 2018 and flights to Catania will begin on June 13, 2018. flydubai becomes the first UAE carrier to operate direct flights to these destinations, offering weekly flights. With the launch of these new European routes, the airline’s network grows to over 100 destinations in 47 countries. Ghaith Al Ghaith, CEO, flydubai, said, “With the launch of flights to Krakow and Catania, flydubai is committed to open up new direct air links to Dubai. Our latest route launches are testament to that commitment which demonstrate our efforts in offering our passengers more options to explore our network.” Emirates will codeshare on both routes and as part of the Emirates-flydubai partnership, each airline’s passengers will have the opportunity to connect in Dubai to hundreds of destinations across the world. To offer passengers more comfort and an enhanced travel experience, the carrier will operate the new routes on its brand-new Boeing 737 MAX 8 unveiled at the Dubai Airshow in November. 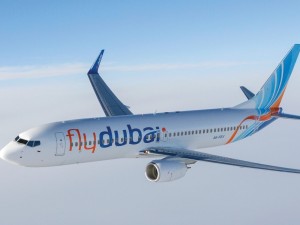 flydubai launched two new seasonal destinations for next year- Dubrovnik, Croatia and Kutaisi, Georgia; the latest additions to the airline’s European network for the 2018 summer period. Flights to the Croatian coastal city will operate up to four times a week from April 10 until October 25, 2018. Along with Tbilisi and Batumi, Kutaisi will become flydubai’s third point in Georgia and will be served with three weekly flights between June 14 and September 22, 2018. “For the first time this year, we offered our passengers direct flights to popular summer destinations and based on the success of these routes, we decided to increase the options for next year,” said Ghaith Al Ghaith, CEO, flydubai. Flights to Batumi, Georgia will resume from June 16 until September 30 next year with a daily flight, an increase from the three-weekly service operated last summer. Tivat on the other hand, will resume with up to three weekly flights from March 26 until October 26, replacing the existing service to Podgorica currently operating during the winter schedule.