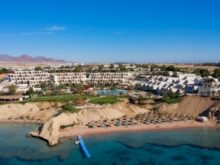 Abu Dhabi Tourism Investment Company (ADTIC) has announced a major hotel refurbishment project in Egypt. Aimed at providing a momentum to the tourism and hospitality industry, one of the country’s leading economic sectors, the initiative will be implemented throughout next year. Commenting on the project, His Excellency Mohammed Saif Al Suwaidi, Director General of ADFD and Chairman of the Board of Directors of ADTIC said, “The hotel refurbishment initiative is aimed enabling Egypt to turn the current challenges brought about by the Covid-19 pandemic into an opportunity to gear up for the future. Egypt’s tourism sector would pick up once international airlines resume normal services.”

Abu Dhabi Tourism Investments’ Egypt portfolio includes three hotels in the four and five-star category, located in Cairo, Hurghada and Sharm El Sheikh. It also has a 99.28% stake in Arab Misr Hotels that owns a five-star resort in the ancient “open museum” city of Luxor.

“The strategic locations of the hotels, combined with their popularity and potential to generate significant revenues, make the investment meaningful,” said Haitham Farouk, Chief Executive Officer of ADTIC. “We expect many changes and we are preparing accordingly. The lean period is a golden opportunity to plan for the next step and focus on reopening. One barely gets such a scope in normal times. We look forward to reopening with brand-new look and recouping occupancy.”

He indicated that post-pandemic the sector would witness heavier application of digital tools and cutting-edge technology that would enable it to keep pace with the developments taking place in the global tourism industry. “Such changes will lead to increased occupancy and revenue generation,” he added.
Farouk expressed hope that that the major phases of refurbishment project would be completed by the second half of next year. 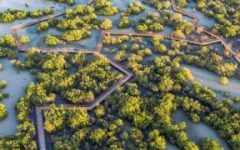 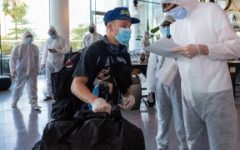 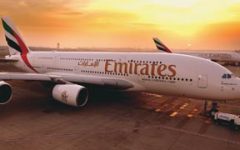