Explore Canary islands and northern Spain at 11am today

In just a few hours, at 11am UAE time the next session exploring Spain from home will take you to the northern parts of the destination. To participate please contact Crisna de Guzman at crisna.deguzman@ddppl.com or call +971505074618, +971554704200. We are quite familiar with Canary islands but there are others that are equally enjoyable for visitors that look for new destinations and experiences. The country will open to foreign tourists from next week, hence Daniel Rosado Bayon – Director of the Spanish Tourism Office in Abu Dhabi will share more details about what will be important to visit the destination. Northern Spain is considered as one of the green covered destinations, this includes Canary islands of volcanic origin in the Atlantic, Balearic islands in the Mediterranean. They offer paradise beaches with green sceneries, great nature, amazing gastronomy and history. Another few key factors are that they have mild temperatures and plenty of space to move around easily and without getting disturbed. You can enjoy a whole trip up to northern Spain in the comfort of your home within just one hour. So, go ahead and register now!! 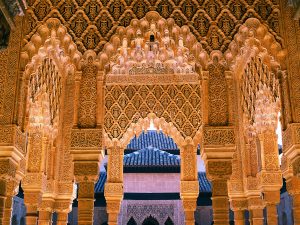 After a successful first webinar session about Madrid and Barcelona – the popular areas of Spain, the second session to be held on June 10, 2020 will consist of another region which is quite closer to the travellers of the GCC as it has the history and culture which bonds them to the destination. Daniel Rosado Bayon, Tourism Counsellor, stated, “We want to provide an opportunity to all those interested in learning more about the varied destinations within Spain, some are more known than others and this tri-series will ensure that everyone obtains the knowledge about the sights, food, shopping, cultural, historical and art focused areas within the varied cities in Spain. In this second session our focus will be on Andalusia or Andalucia in Spanish. The region is also world famous for bullfighting, great climate, flamenco, gastronomy like tapas, fiestas, beaches and the varied diverse geography. So join us once again and learn about a rich destination that has the most interesting offerings for all ages.” Al Andalus was the name given by the Muslims during the Middle Ages to the Iberian peninsula. Nowadays Andalucia is the southern region of Spain, which offers a great variety of landscapes, from the mountain range of Sierra Nevada to the coastal towns in the Mediterranean sea. Andalucía is famous for its stunning beaches, fabulous monuments such as the Cordoba Mosque or the Alhambra Palace, the flamenco, it´s gastronomy and their zest for life. Other regions such as Valencia will also be covered in this journey through the wonders of Spain. 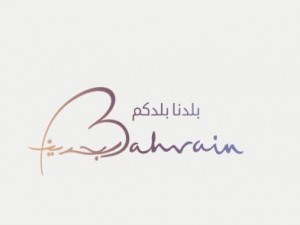 A delegation from the Kingdom of Bahrain took part in the ‘Seatrade Cruise Med’ held between September 21-23, in Tenerife, Spain, with an aim of further promoting the Kingdom as a tourism destination. The delegation included Yousif Al Khan, Director of Tourism Marketing and Promotions at the Bahrain Tourism and Exhibitions Authority and Amal Jamal from the Economic Development Board (EDB). The Bahraini representative’s participation in the event came as a part of a comprehensive team representing the Gulf region under the name of ‘Cruise Arabia’. “The main aim behind our participation in the Seatrade Cruise Med is to promote the Kingdom as a destination for cruises in order to increase the number of inbound tourists and further develop the industry and overall national economy,” said Khan. Further commenting on the participation, Executive Director Marketing and Communications at the EDB, Vivian Jamal said, “Last year, 40,000 tourists visited Bahrain through cruise ships. The Seatrade Cruise Med is one of the most important global cruise events and is the right platform to promote Bahrain as a destination among exhibitors from all around the globe.” The participation is in line’s the Kingdom’s tourism strategy launched earlier this year under the brand, ‘Ours. Yours’. The strategy, launched by the Bahrain Tourism and Exhibitions Authority in cooperation with the EDB, focuses on four pillars; awareness, attraction, access and accommodation. A key integral component of the strategy is to develop the sea ports in the Kingdom in order to further attract yachts and cruise ships.