The Ministry of Tourism, in coordination with relevant health authorities in the Kingdom of Saudi Arabia, has announced the following regulations: Temporary suspension on issuing tourism visas to tourists from countries with significant coronavirus risk areas: China, Italy, Korea, Japan, Malaysia, Singapore, and Kazakhstan; Temporary suspension on processing tourism visas previously issued to the citizens from the above-mentioned countries; Temporary suspension on issuing or processing tourism visas for anyone who have visited high risk areas within the past 14 days; Continued issuing of electronic and on arrival tourist visas for citizens from other permitted countries; Tourism visa holders will not be permitted to visit Makkah and Al Madina. The Ministry of Tourism stated that such measures are taken to provide the utmost protection to citizens, residents and tourists visiting Saudi Arabia. This is in line with the recommendations of relevant health authorities concerned with applying the highest precautionary standards, and taking proactive preventive measures to avoid the entrance and spread of the new coronavirus (COVID-19) in Saudi Arabia. The Ministry of Tourism announced that these measures are temporary and are being constantly monitored by relevant authorities. 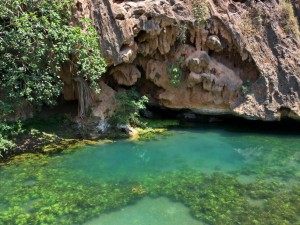 The Ministry of Tourism, Oman, revealed that there has been a significant increase in the number of tourists who flocked to Dhofar during this year’s Salalah Khareef Festival. According to the Ministry, tourist arrivals to the governorate reached 631,582 between June 20 and August 16, 2019. UAE nationals accounted for 7.6 per cent of the total number of tourist arrivals, while tourists from other GCC countries accounted for 9.2 per cent. Saleh bin Ali Al Khaifi, Director of Promotion and Marketing department, Oman Ministry of Tourism, said, “The Dhofar Governorate is one of the leading and most preferred tourist destinations for visitors from the GCC countries. Its unique nature and cool weather make it a perfect summer destination, apart from many historical attractions and diverse recreational activities. We are keen to organise a series of promotional tours to promote exclusive offers and tourist activities that are specifically designed for visitors seeking to escape the sweltering summer heat experienced in various GCC countries, while also engaging in fun activities.” The Salalah Tourism Festival is held annually and features a busy schedule comprising art and culture performances and folk markets, as well as cooking shows that offer tourists opportunities to enjoy traditional Omani dishes. 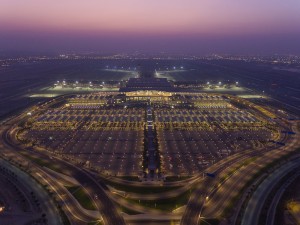 The first phase of Oman’s brand new Muscat International Airport is operational now and has increased the passenger capacity to 20 million, up from the previous 12 million passengers recorded in 2017. The state-of-the-art airport has been designed to be the shining symbol of the Sultanate of Oman. The new airport is designed as International Civil Aviation Organisation (ICAO) category 4F airports which will be able to accommodate the world`s largest aircraft, Airbus A380 and the runway will enable independent parallel operations. The passenger terminals built with the latest technology are aligned with IATA Service Level A standards. The total gross area for the new Muscat International terminal building is 580,000 m2 with an overall airport land area of 21 km2. Salim Al-Mamari, Ministry of Tourism, Oman said, “The government of Oman is focusing on Travel and Tourism as a part of its economic diversification strategy. The newly opened Muscat International Airport, brand new Oman Convention and Exhibition Centre, revised visa rules along with other infrastructure developments seen in the recent times determine some of the efforts to increase tourism in Oman. India is one of the key markets for Oman and we are certain that this proactive initiative by the Ministry will drive a lot of visitors from India. Since 2014, Oman has witnessed over 23% growth in Indian arrivals. In 2016, Oman received 297,628 Indian arrivals as compared to 256,210 arrivals in 2014 that is over 16% growth within 2 years. In 2017, Oman received 321,161 Indian arrivals which is remarkably higher, showcasing growth of over 7.90 % in just one year.” 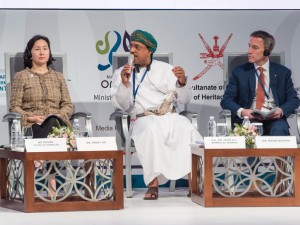 The Ministry of Tourism has launched a new promotional website ‘www.experienceoman.om’ which will serve as a one-stop shop for all Oman Tourism related information. The website was launched under the patronage of His Highness Sayyid Haitham bin Tariq Al Said, Minister of Heritage and Culture during a gala dinner hosted on the sidelines of the 2nd UNWTO/UNESCO World Conference on Tourism and Culture. The launch of the website comes as a part of the Ministry’s initiatives to support the development of the tourism sector in all areas, especially in the use of electronic platforms and digital marketing. Providing insights into suggested travel itineraries, list of tour operators, hotels and services, MICE opportunities; the website also orients tourists with the latest events in Oman and can be viewed in six languages. The website promotes the Sultanate as a unique tourism destination with distinct cultural, historical and natural components, and enables tourists to obtain the information they need to visit tourism attractions. ‘www.experienceoman.om’ will complement the existing ‘Oman Tourism’ website to provide comprehensive and diverse information regarding Oman tourism. 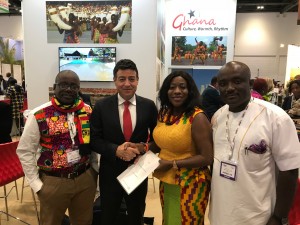 The Ministry of Tourism, Arts and Culture – Ghana appointed Grand Aurum Marketing (GAM) as International Strategic Advisor to help position Ghana as a viable preferred destination in Africa. This was announced during the World Travel Market WTM 2017 in London. Grand Aurum Marketing/Marta Consulting, is an acclaimed international tourism development consultancy, built upon a team with over 30 years of tourism and destination development experience. Catherine Afeku, Minister of Tourism, Arts, and Culture, Ghana, said “Ghana is a country on the go. We are positioning tourism as one of the key sectors of the economy. Working with Grand Arum provides an opportunity to reach out to several key markets for destination marketing, tourism investment promotion and product development.” Ghassan Aridi, Chairman, Grand Aurum Marketing, said, “We are pleased to receive this appointment as Ghana is an exciting destination gaining popularity year on year. Ghana has a lot to offer, from lush forests and waterfalls to a beautiful sea shore and wonderful people.” 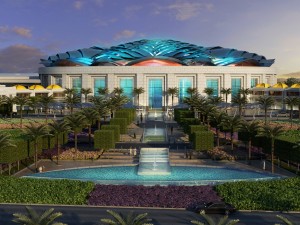 Oman Tourism Ministry has established a new Oman Convention Bureau, which is set to make the country a major regional centre for MICE. Talking of the new initiative, Salim Al Mamari, Director General of Tourism Promotion, Ministry of Tourism, Oman says, “The Ministry of Tourism is fully committed towards enhancing the MICE sector in Oman to help the Sultanate achieve its potential to be a first class destination for this sector. Our Tourism Strategy for 2040 has MICE as a major pillar for the future to help us grow and enhance the industry. “The objective of the Bureau is to support the international and local organizations in hosting their events and cater to their requirements. The main aim is to promote Oman as an ideal destination for the MICE tourism sector” The Ministry has appointed its esteemed Director, Khalid Al Zadjali, to become the Managing Director of the new Oman Convention Bureau. He says, “The Ministry’s initiative in establishing the Bureau under its supervision is an important milestone in building the solid foundations that will help us achieve our objectives in the MICE tourism sector in the future. “We will enhance this sector and regulate the processes to ensure the smoothest experience for organisations wishing to host events in Oman and actively promote what Oman has to offer to the MICE market internationally.” It is believed that the MICE area will receive a significant boost in 2016 with the scheduled opening of the Oman Convention Centre in Muscat in the last quarter of this year. The convention centre will include state of the art theatres, conference rooms and four hotels with almost 1000 rooms along with major exhibition halls that …

Oman tourism to see $35 billion investment in next 25 years 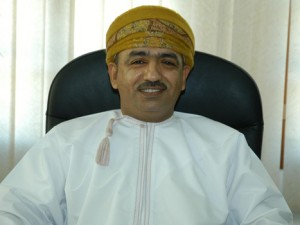 The Ministry of Tourism, Oman, has revealed that up to $US 35 billion will be invested in the tourism industry of the Sultanate over the 25 years as officials conclude a hugely successful presence at this year’s Arabian Travel Market. Up to 80 per cent of that investment will come from the private sector as the country plans to double the number of international visitors Oman attracts to five million as part of its new national 2040 Tourism Strategy. Tourism officials, led by Director General of Tourism Promotion Salim Al Mamari, conducted a record number of business and trade meetings during the ATM in Dubai as interest in the country as one of the world’s fastest growing and unique destinations rapidly grows. Al Mamari said: “We have enjoyed a hugely successful Arabian Travel Market and have found unprecedented levels of interest from the tourism industry in seeking new partnerships and initiatives with the Ministry.”