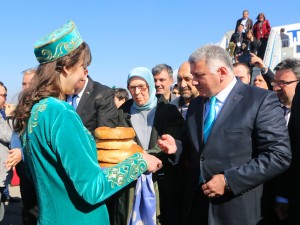 The latest destination aboard Turkish Airlines is the direct flight to Aqaba in Jordan, with existing services to Amman. The Aqaba flights will be operated thrice a week. Round trip fares are available from Istanbul to Aqaba starting at 404 USD including taxes and fees. Additionally, there is a special offer for Miles&Smiles members to be used for their trips departing from Turkey which should be completed by June 11, 2018, and the trips departing from Aqaba are to be completed by June 12, 2018, with a 25 per cent reduction in the miles needed to redeem either award tickets or upgrades. Aqaba flight times as scheduled from March 19 on Tuesdays, Thursdays, and Sundays depart Istanbul at 22:00 hours with arrival to Aqaba by 23:50 hours. The flight will depart Aqaba on Mondays, Wednesdays and Fridays at 00:45 hours and arrive to Istanbul at 04:20 hours. 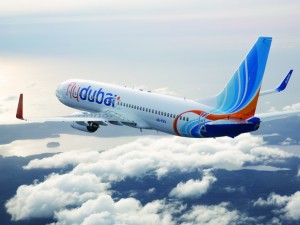 The latest destinations added to flydubai’s network are Thessaloniki in Greece and Aqaba in Jordan, starting June 2018. Flights to Thessaloniki will operate thrice a week starting from June 15, while flights to Aqaba will operate four times a week from June 16. Commenting on the launch, Ghaith Al Ghaith Chief Executive Officer, flydubai, said, “With the addition of Aqaba and Thessaloniki to our network, we increase the number of underserved markets served by flydubai with direct flights from the UAE to 71 destinations. We are committed to create free flows of trade and tourism, and strengthen direct air links with the UAE.” flydubai earlier announced the launch of several new routes for 2018 including Tivat, Krakow, Dubrovnik, Catania, Kutaisi, Qabala and Batumi from March onwards. This brings the number of destinations served by the carrier in Eastern and Southern Europe to 27, Caucasus and Central Asia to 11 and GCC and Middle East to 30. 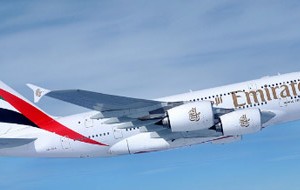 Emirates will operate a special one-off A380 service to Amman on September 25, marking 30 years of commitment to Jordan. The airline’s flagship double-decker, with the ability to carry over 500 passengers at a time, will make history when it becomes the first-ever scheduled A380 service to Queen Alia International Airport, and it will also be the first time the A380 commercially operates to the Levant. On September 25, the Emirates A380 service will operate EK 901 and EK 902, departing Dubai at 0725hrs and arriving in Amman at 0930hrs. The flight will then depart Amman at 1300hrs arriving in Dubai at 1700hrs on the same day. This year is a milestone for Emirates as it celebrates 30 successful years of operations to Jordan. With the support of the Jordanian Authorities and Airport International Group, the deployment of the one-off Emirates A380 operation has been made possible through significant infrastructure upgrades to accommodate the aircraft. Since its introduction to the Emirates fleet in 2008, the A380 has proved tremendously popular with customers, and the upcoming service next month will give travellers the chance to experience this revolutionary aircraft and the best service in the sky. 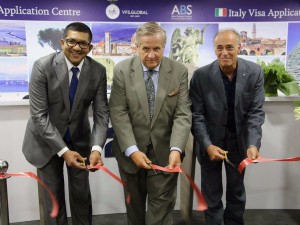 Residents of the Hashemite Kingdom of Jordan can now apply for Italy visas and enrol for biometrics at a new visa application centre opened in the capital city of Amman. The new centre has been set up in the high-end Al Barakeh Mall on Said Al Mufti Street 30, P2 Floor, Amman, which is in close proximity to the main business district. Services at the centre commenced from 01 August 2016. With Italy being a world-renowned travel destination and a popular holidaying choice with Jordanians, as well as one of the most important trade partners of the Hashemite Kingdom of Jordan, the added conveniences of the relocated centre will make applying for their visas even more straightforward and easy. The ample mall parking space and enhanced accessibility allows for a more hassle-free experience. Speaking at the launch, the Italian Ambassador Giovanni Brauzzi said that his staff and himself are personally committed to ensure the most efficient handling of visa applications. With around six thousand applications per year, they are conscious of their positive impact on the development of trade and investments between Jordan and Italy and more generally on the development of people-to-people friendly relations. Now, with this new center, they have an important step towards a further improvement of their visa services and he was confident that their efforts will increase the efficiency and the satisfaction of the Jordanian travelers and of the business community. 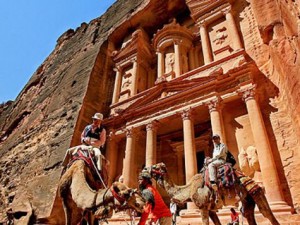 Jordan has been announced as the official host for the 6th edition of the Arab Aviation Summit which will take place at the Dead Sea in Jordan on 5th and 6th December 2016. The theme of the forthcoming summit will be ‘Linking Cultures, Driving Economies’ to draw attention to the interdependent roles the Aviation and Tourism sectors play in contributing to the greater economic development of the region. It is the most prominent aviation and tourism event within the region focusing on trends, insights and opportunities driving the continuous growth and development of the avia-tourism industry in the Arab world. Described as the ‘voice of the industry,’ the summit is an industry initiative launched in 2011 and is organised on an annual basis in collaboration with aviation and tourism leaders, government entities, media heavy-weights and other well-entrenched organisations, to lead the discussion on a variety of topics relevant to key stakeholders and aviation commentators. 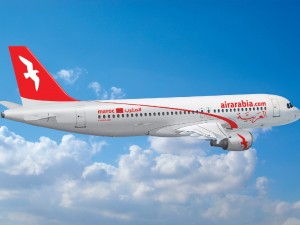 Air Arabia introduces SITA’s next-generation passenger management system to extract even greater efficiency across its operations. Air Arabia carried close to 8-million passengers in 2015, serving 101 destinations spread across the Middle East, North Africa, Asia and Europe from five hubs in the UAE, Egypt, Morocco and Jordan. SITA’s latest passenger service system will help the airline better manage the boarding of passengers across all destinations while streamlining the turnaround of the airline’s aircraft. Through the Horizon Passenger Management and Distribution portfolio, SITA will provide the airline with its latest departure control and weight and balance systems. Horizon Weight & Balance will increase fuel savings for the airline by providing full load planning capabilities, including a graphical user interface framework, for all the functionalities required to load and dispatch an aircraft. This includes all legally required documentation for both airlines and ground handlers. SITA’s Horizon  Departure Control Services (DCS) is a fully integrated multi-host system for automated check-in, boarding and load planning and has been used to check in more than 167 million passengers worldwide.

Luxury travel to outpace the rest of the industry: Amadeus

The latest report published by Amadeus reveals an insight into the expectations for the future of the world by 2030. Their reports predict that by 2020 there will be a global air traffic volume growth of 5.5 per cent in the airline industry with a projected growth of luxury travel to 6.2 per cent with an overall global growth of 4.8 per cent. Their predictions for the region include Kuwait, Qatar and UAE will grow by 4.4% almost similar to the flat growth of Luxury market of 4.5 per cent (oil dependent economies). Emerging Middle East: Lebanon, Jordan, Egypt and Iran economic sanction lifted CAGR for overall travel is 7.5 per cent and 8.9 per cent for luxury travel. At the same time the projected growth in BRIC highly influenced by the economic climate show Brazil’s lack of established middle class and the weakness of the real means a slow growth of 4.2 per cent growth. Russia will recover from its dip in 2013-15 to rise up to 9 per cent growth despite Western sanctions and unreliable oil prices. India with the highest CAGR of the 25 countries explored with 12.8 per cent growth due to its booming middle class represents the biggest luxury travel investment potential. China with 12.2 per cent growth but at a slower pace than previously as its middle class is maturing and increasing in sophistication, and unlike India the ‘boom’ has already happened. Contributing against luxury is the current fight against corruption.