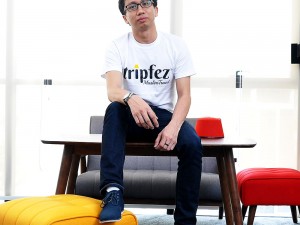 Tripfez, a provider of halal travel content to several major OTAs in the Middle East, has marked a major milestone as Malaysia’s first Islamic Digital Economy (IDE) compliant travel firm. The Online Travel Agency (OTA), Asia’s leading provider of Muslim-friendly travel packages, which recently merged with the Middle East’s award-winning holiday booking site, holidayme, is the only company in the travel industry to receive a verification and listing by the Malaysia Digital Economy Corporation (MDEC). This distinction follows MDEC’s recent introduction of Malaysia’s first IDE Mi’yar as it consolidates its position as the world’s leading Islamic economy and reinforces Tripfez’s reputation as a leading halal travel brand, regionally and in global growth markets including the Middle East. To be listed as IDE compliant, companies are required to comply with the Shariah Compliant Startup Mi’yar and Mi’yar for Technology Product & Services, which is validated through a screening process to scrutinise business activities in the digital space, as well as the operational end-to-end processes within the company — from product and services and financial management to capital structure. Shariah advisory firm, the Amanie Group, which specialises in Islamic financial services, conducts the screening process. “IDE compliancy sets Tripfez apart from the competition, providing a clear message to our customers and our investors that we are the leading Muslim travel brand in every respect, from the products and services we offer to the way in which we conduct our business,” said Tripfez Founder & CEO, Faeez Fadhlillah, Asia’s most widely-known and influential entrepreneur in the halal tourism arena. “A robust Islamic Digital Economy provides Malaysia with a distinct competitive advantage and Tripfez is proud to be leading the way in the field of … 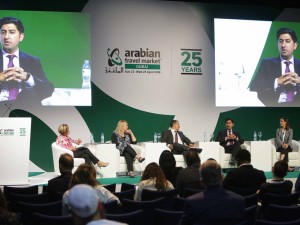 Muslim travellers will spend $157 billion by 2020, as revealed at the Arabian Travel Market 2018 and the top outbound market remains Saudi Arabia, which will grow 17 per cent over the next three years alone, to reach $27.9 billion. During the first seminar, entitled ‘Halal Tourism – How far have we come?’ Faeez Fadhlillah, Founder and CEO, Salam Standard and Tripfez, highlighted the growing importance of Muslim millennial travellers illustrated by the changing global socio-economic trends and underscored the potential pent up demand. “The biggest countries and some of the fastest growing economies in the world are found in Asia and the Middle East. These regions typically have large Muslim populations which are young with prosperous middle classes. In addition, second and third generation Muslim communities in developed economies such as Europe and North America now have far more purchasing power and overall, their combined growth generates increased demand for faith-based travel and tourism,” Fadhlillah said. During the second seminar, ‘Halal travel becomes mainstream’, Omar Ahmed, Founder and CEO, Sociable Earth, revealed some of the key results from a recent survey, in which 35,000 Muslim travellers participated. “Certainly, the halal travel market has graduated from its niche status to become an industry-shaping force, in its own right. It has become mainstream,” said Ahmed. “It is also clear that mainstream travel and tourism organisations will now have to become far more pro-active, if they want to attract increasing numbers of Halal travellers and tap into the potential of this massive market,” added Ahmed.