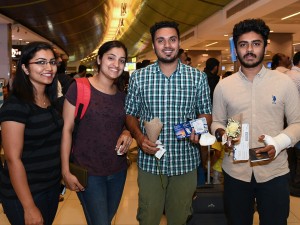 GoAir passengers travelling from Abu Dhabi International Airport (AUH) are invited to take advantage of Abu Dhabi Airports’ new remote check-in location at the City Terminal in the heart of Abu Dhabi’s business district, located on 10th street opposite Abu Dhabi Mall in the Tourist Club area. From May 10 onwards, GoAir passengers are invited to check-in 24 hours in advance at the City Terminal. This provides GoAir passengers with the flexibility of checking-in at a time convenient for them, before departing for their flight from AUH. Abu Dhabi International Airport is one of the few airports in the world to offer remote check-in facilities. The City Terminal welcomes travellers to check-in between 24 and four hours before their flights. The facility also offers retail baggage services including sealing and wrapping to all passengers. Maarten de Groof, Chief Commercial Officer of Abu Dhabi Airports, said, “Last month we welcomed GoAir’s inaugural flight from Kannur to Abu Dhabi and this month we are delighted to welcome GoAir travellers to stop by our easily accessible and conveniently located City Terminal facility. India is an important market for us. Abu Dhabi Airports and we look forward to introducing travellers to our world-class services and unique brand of Arabian hospitality.” Bakul Gala, Vice-President PR and Marketing at GoAir, said, “GoAir is happy to invite its customers to avail themselves of Abu Dhabi International Airport’s City Terminal check-in service. The City Terminal not only provides passengers with the flexibility of checking-in at their convenience but also offers a range of additional services. We hope our passengers will greatly benefit from this service.”

US, UK restrict electronic items in cabin from some airports 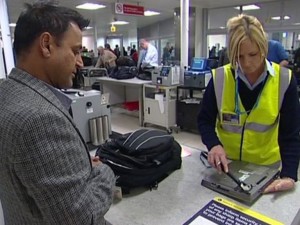 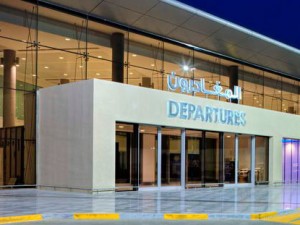 Abu Dhabi Airports has reported a 4.8 per cent increase in passenger traffic at Abu Dhabi International Airport (AUH) for April 2016, compared to the same month last year. A total of 1,960,946 people travelled through AUH last month, exceeding April 2015’s figure of 1,871,337. The top-five routes were London Heathrow, Doha, Bangkok, Bombay and Jeddah. The total cargo tonnage at AUH reached 63,500. Several destinations saw significant growth in passenger traffic with the UK beating its April 2015 figures by 25.6 per cent last month, and Australia recording a 20.6 per cent increase in the same period. “Abu Dhabi is growing, both as a global tourism destination and strategic transit hub and this is clear from the fact that we are still seeing a year on year increase in traveler numbers at AUH. Several destinations in particular have seen a rise in passenger traffic including India, Germany, Thailand, the UK and Italy,” said Mohammed Al Katheeri, Acting Chief Operations Officer at Abu Dhabi Airports. “We are continuing to invest in the infrastructure and technology necessary to keep pace with this growth, ensuring that we provide our passengers with world class services and facilities when they travel through Abu Dhabi International Airport.”