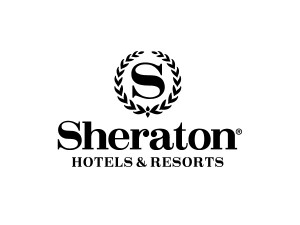 Starwood Hotels & Resorts Worldwide has announced its further expansion in the Kingdom of Saudi Arabia with the signing of a new Sheraton in the holy city of Makkah. Owned by Altayyar Travel Group Holding Company, Sheraton Makkah Jabal Al Kaaba is scheduled to open by the end of the year.  The hotel is located close to the new expansion of the mosque and will provide guests with special access and views of the holy Haram.  Sheraton Makkah Jabal Al Kaaba will feature 414 rooms and branded service apartments, all outfitted with the Sheraton brand’s signature amenities and services, including its premium sleep experience. The hotel will also offer four dining experiences, as well as ample meeting and events space. Altayyar Travel Group has recently taken a strategic direction to integrate and expand its business into the hospitality sector, and to build a solid portfolio complementing its current business of travel-related services and e-commerce. Starwood operates more than 50 hotels and resorts across the Middle East under eight of the company’s 10 distinct lifestyle brands, including: The Luxury Collection, St. Regis, Sheraton, Westin, W, Le Méridien, Four Points by Sheraton and Aloft.  The company is on track to operate 100 hotels in the region by 2020.

Golden Sands Hotel Apartments, part of A.A. Al Moosa Enterprises and pioneered the concept of hotel apartments in the region, announced its participation in a 10-day roadshow to India to promote Dubai as a key destination for Indian travellers. From August 22 to 31, the team of Golden Sands Hotel Apartments will join Lama Tours in visiting nine well-known cities in India such as Ahmedabad, Nagpur, Pune, Cochin, Hyderabad, Kolkata, Chandigarh and Jalandhar to build awareness and boost inbound tourism. Shaza Ahmed, Sales Manager, who will head the team will meet with key travel agencies and tour operators that bring large groups of Indian travellers to the UAE and secure a strong customer base. The team will update potential partners about the refurbishment projects at Golden Sands 3 and certain public areas in Golden Sands 10, in its continuing effort to maintain high standard product, service and facilities. They will also present their attractive promotions for the winter season. 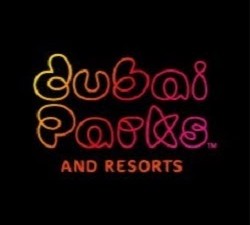 The much awaited Dubai Parks and Resorts the region’s largest theme park destination will open its gates to the public on October 31, 2016. This unique destination will be comprised of three theme parks – Bollywood Parks Dubai, MOTIONGATE Dubai, and LEGOLAND Dubai, together with LEGOLAND Water Park.  The destination will also include Riverland  Dubai, a themed retail, dining, and entertainment experience, along with the Lapita Hotel, a Polynesian-themed family resort. The entire range of products and prices will be announced soon. Annual passes are currently on sale at dubaiparksandresorts.com, and daily passes will be announced soon. 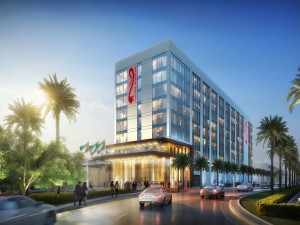 Dubai-based developer Nakheel released construction tenders for new hotels at Dragon City and Ibn Battuta Mall, adding another 670 rooms to its rapidly-growing hospitality portfolio. Nakheel will build a 295-room hotel at Dragon City, home of the world-famous Dragon Mart retail and trading hub, featuring the one million square foot Dragon Mart 2 shopping, dining and entertainment complex, which opened in February. The developer will also create a 15-storey, 375-room hotel at Ibn Battuta Mall, where a 300,000 sq ft extension opened in May. The 3-star hotels are due for completion in 2018; complement existing hotels at the two retail hubs, where further major expansions continue. Nakheel opened a 251-room Accor-operated ibis Styles hotel at Dragon Mart 2 in February, while its 372-room Premier Inn at Ibn Battuta will open in Q4 this year. With a built-up area of over 180,000 sq ft, the new Dragon City hotel will feature a restaurant, coffee shop and gym, while the 280,000 sq ft establishment at Ibn Battuta, located by the Metro entrance, will have an all-day restaurant, gym and pool deck. The Dragon City expansion comprises a 2.2 million sq ft retail component, two residential towers containing 1,120 apartments and a multi-story car park with 6,200 spaces. Once complete, it will bring the size of Dragon City to more than 11 million sq ft. Ibn Battuta’s 4.7 million sq ft expansion features a one million sq ft mall with glass-covered courtyard, a new cinema complex and a 7,000-space multi-storey car park. Nakheel also has hotels under development at Palm Jumeirah and Deira Islands, with more in the pipeline. 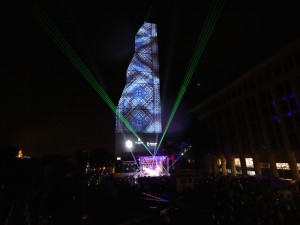 The Biltmore Hotel Tbilisi marks the debut of global hotel group Millennium & Copthorne in Georgia. The official unveiling was conducted by Georgian Prime Minister Giorgi Kvirikashvili and His Highness Sheikh Nahyan Bin Mubarak Al Nahyan, Minister of Culture and Knowledge Development signalled the start of the festivities. With an unrivalled location on the famous Rustaveli Avenue, close to the banks of the River Mtkvari, The Biltmore Hotel Tbilisi is situated in the heart of the capital. Surrounded by chic designer boutiques, art galleries and a wealth of historical and cultural attractions as well as commercial and governmental buildings, the hotel is perfectly positioned for discerning travellers.

Swissôtel Hotels & Resorts has entered into an agreement with Mohammed Ibrahim Al Subeaei & Sons Investment Company (MASIC) to manage the 180-room Swissôtel Al Khobar in the Kingdom of Saudi Arabia. With a planned opening in 2019, Swissôtel Al Khobar will be situated within the MASIC Business Park development, occupying an enviable location within the urban area’s commercial and residential district. Encompassing around 55,000 square metres (approximately 592,000 square feet) of retail and prime office space, this development will become a landmark in the Eastern Province. In addition to 180 guestrooms, Swissôtel Al Khobar will feature over 1,300 square metres (approximately 14,000 square feet) of meeting and conference space and a variety of food and beverage offerings from Café Swiss and Swiss Gourmet to a pool and grill restaurant. With an emphasis on vitality and fitness, the hotel will also feature the brand’s signature Pürovel Spa & Sport along with an outdoor rooftop pool. This mixed use property will also present 20 exclusive and contemporary luxury residential apartments, branded under the Swissôtel Living concept offering high-end amenities and round-the-clock service to residents.

Fairmont to expand in Morocco and KSA 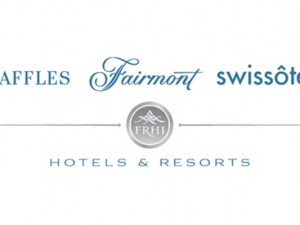 Luxury operator Fairmont Hotels & Resorts has announced the signing of two new luxury hotel developments in Morocco and the Kingdom of Saudi Arabia. The two new projects include Fairmont Taghazout Bay, Morocco and Fairmont Al Khobar, Saudi Arabia, which are both scheduled to open before 2020. Fairmont Taghazout Bay is scheduled to open in 2019, the project is situated in Taghazout Bay, a 615 hectare seaside resort located 18 km north of Agadir on the Atlantic coast. The hotel sits on 180,000 square meters (1.9M square feet), of beachfront adjacent to the 18-hole golf course designed by Kyle Phillips which was recently completed in 2014. Fairmont Taghazout Bay will feature 155 spacious guestrooms, with sea facing views, in addition to 52 Fairmont branded villas, to be released for sale later this year, which will be the first luxury waterfront villas of this kind in the country. The development of these properties will see Fairmont’s luxury hotel portfolio in the Middle East, Africa and India (MEAI) region increase to 20 hotels by 2020, more than doubling the regional pipeline and boosting the brand’s presence within two major economic and tourist hubs.   Fairmont Al Khobar currently in development and set to open in 2020, Fairmont Al Khobar will be situated in Al Khobar on the coast of the Arabian Gulf. This area, together with the neighboring cities of Dammam and Dhahran, form the Dammam Metropolitan Area, the capital of the Eastern Province. In addition to the 240 guestrooms and 12 serviced residences, the property will feature over 4,000 square meters (approximately 43,000 square feet) of meeting and conference space including the largest ballroom in the province. A variety of food … 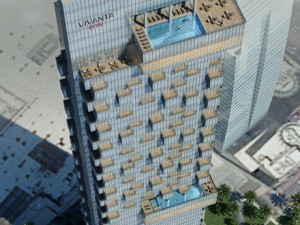 According to news sources, the latest property to be completed under Taj Vivanta brand is expected to be completed by 2018 at the Jumeirah Lake Towers (JLT). This 46 storied development will feature 201 hotel rooms with 130 serviced apartments. It is said to be the first development of its kind in the UAE launched in partnership with India’ s Taj Hotels Resorts and Palaces. More information is soon to be released in our print version. 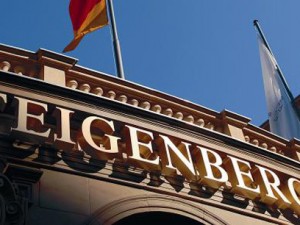 Steigenberger Hotels with its head office in Germany, has announced opening its first IntercityHotel in the Middle East. The first IntercityHotel outside Europe is now opened in Salalah, located 1,000 kilometres to the South-West of the capital Muscat in Oman. This is the first international mid-market hotel in the city.The new hotel extends over eight stories and offers 70 rooms as well as a restaurant and a modern gym. Puneet Chhatwal, CEO, Steigenberger Hotels , commented: “Following our Steigenberger début in Dubai in November last year, we are now bringing our IntercityHotel brand to the Middle East for the first time. This represents a further important milestone for us.” The project was implemented in conjunction with the owner Al Sedra Real Estate of Oman, a subsidiary of the Golden Group of Companies, which is a multi-national operating in more than ten countries. 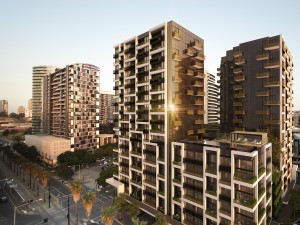 The Ascott Limited (Ascott), the serviced residence owner- operator, is continuing to expand its operations in Saudi Arabia by unveiling plans for ‘The Ascott Villas Riyadh’. The 92-unit 5-star serviced villas would be the group’s landmark and exclusive offering in the Saudi Arabian capital. Ascott, the service residence operator, and Bathel Alkhair Establishment for Trading and Real Estate, inked a management contract on Thursday 14th July, which puts the project on track to open by November 2017. It will also strength Ascott’s position as the leading serviced residence operator in Saudi Arabia, with 980 units in 7 properties across 3 cities. Located in the prestigious Hittin district, north of Riyadh, with easy access to the city’s key business and leisure landmarks, the property will boast a new type of serviced residence experience, combining luxuriously furnished villas with Ascott’s award-winning hospitality service. The Ascott Villas is located close to the upcoming King Abdullah Financial District (KAFD), which has been billed as Riyadh’s new central business district and is the future home of the Saudi Stock Exchange, Capital Markets Authority and a host of other financial and professional services firms. Ascott has another property in Riyadh, the 234-units ‘Ascott Rafal Olaya Riyadh’, which is due to open in the latter part of 2016. Providing a brief introduction about the owners of the property, Miccolis said that the Bathel Alkhair Establishment for Trading and Real Estate, is a Saudi based establishment with the main activities in real estate and financial investments, including the development of residential and hospitality projects, and investment in capital and private equity markets. Currently, the group owns several residential properties and hotels in various cities in Saudi Arabia.